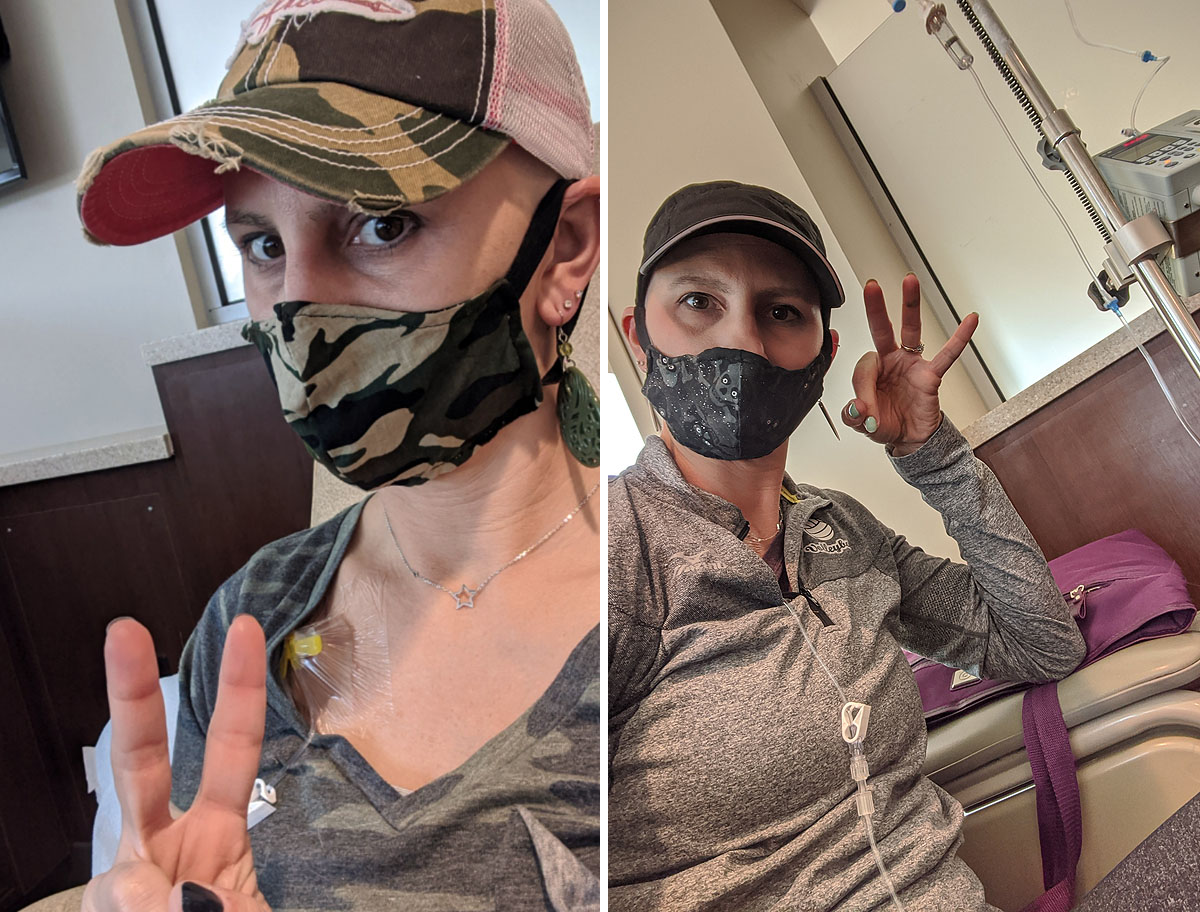 Rounds #2 and #3 went about the same as round #1 of Taxol chemotherapy.

My second treatment was July 9th, and with the exception of feeling a little foggy and woozy that evening from the Benadryl and a tiny bit of aching joints, I felt pretty good.  The next morning I woke up bounding with (probably steroid-induced) energy and used it to catch up with a friend on a hilly 1 hour walk. 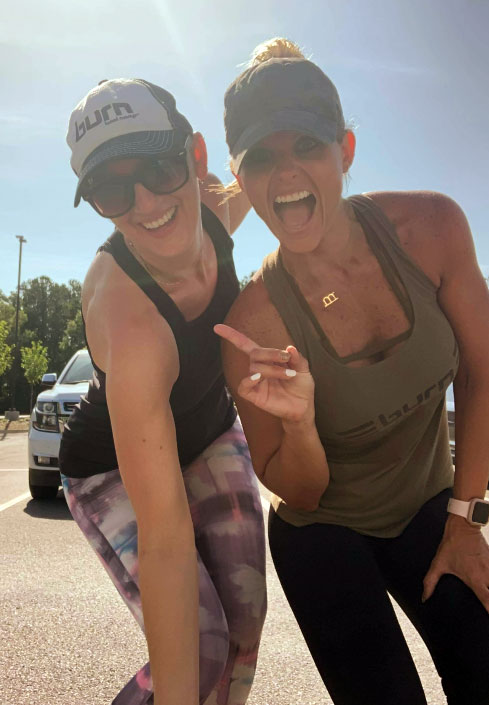 Taxol #3 on July 16th had me a little sleepy and woozy for a few hours that night, but by bedtime I felt fine and woke up the next day feeling completely normal again with an extra boost of steroid energy.  So far so good... 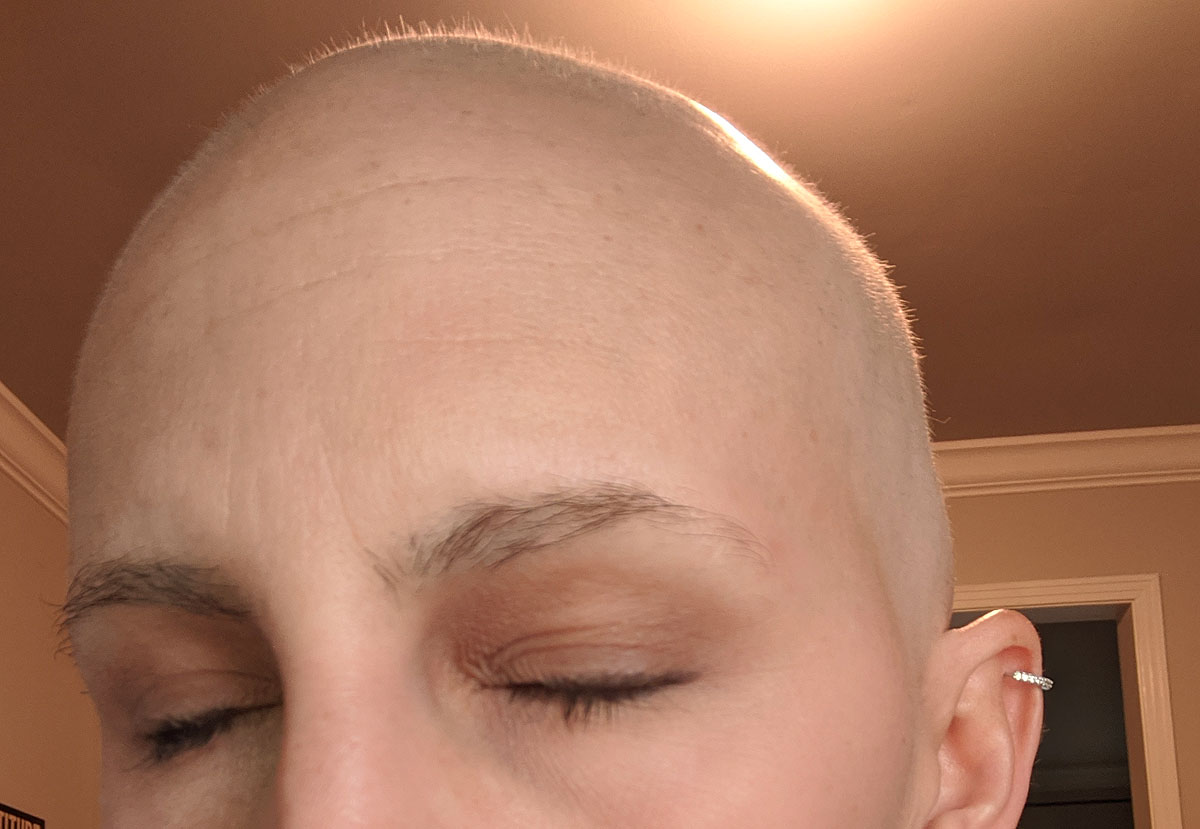 The biggest thing I'd noticed by this point was that my eyebrows and eyelashes were significantly thinning, which I've heard can happen a few weeks *after* finishing AC chemo. So I'm not sure it's even related to the current chemo drug at all.  But, at the same time, the hair on my head has started to sprout!  It was so uneven and wispy looking though, that I went ahead and shaved it all again on July 7th and started fresh, and it started coming in a little darker, but still super soft and baby gosling like.
Having only a couple of eyelashes was a pretty sad look, but the magnetic and glue-on lashes looked even dumber (especially when I wasn't actually GOING anywhere), so I just lived with it. I also learned to draw in eyebrows decently well after trying several different eyebrow fill products that *didn't* work well for me at all (one looked great at first, but then faded to a green color that was NOT pretty). I ended up really liking the It Cosmetics Brow Power Universal Brow Pencil that a friend of mine gave to me.  Thankfully, almost as soon as they all fell out, they started growing back in, and within a couple of weeks I had short little stubby eyelashes growing in and fuller eyebrows again.  Something makes me think that won't be the only time those all fall out...but we'll see... 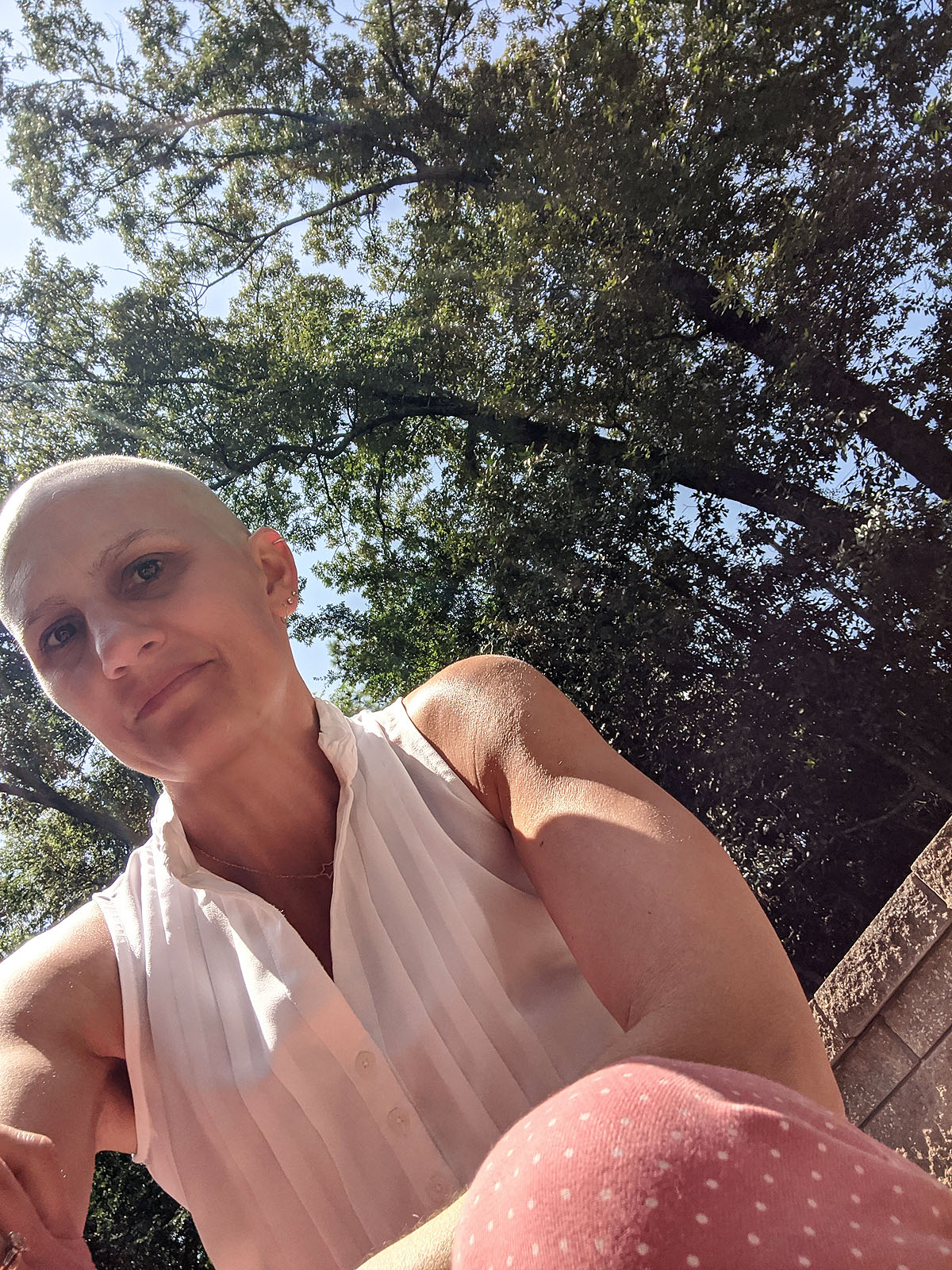 In between treatment 3 and 4, I had a two week break from chemo.  It was pre-approved by my doctor, because I was planning to pick my kids up in Chicago after their month-long summer RV trip with my mom.  BUT, that break actually allowed us to be able to leave town a week earlier than we expected in order to be with my family.

My father had been sick and hospitalized for two weeks and it became suddenly apparent that he was not going to get better.  So the week of July 17th to 26th was a really rough (but also wonderful in many ways) week.  We were traveling, tired, emotional, stressed, not eating or exercising well, and grieving the loss of my dad.  But---here's the amazing thing:  If I'd had surgery when I expected to in July, I might not have been able to make that trip--and I NEEDED to be there with my siblings that week.  God knew. 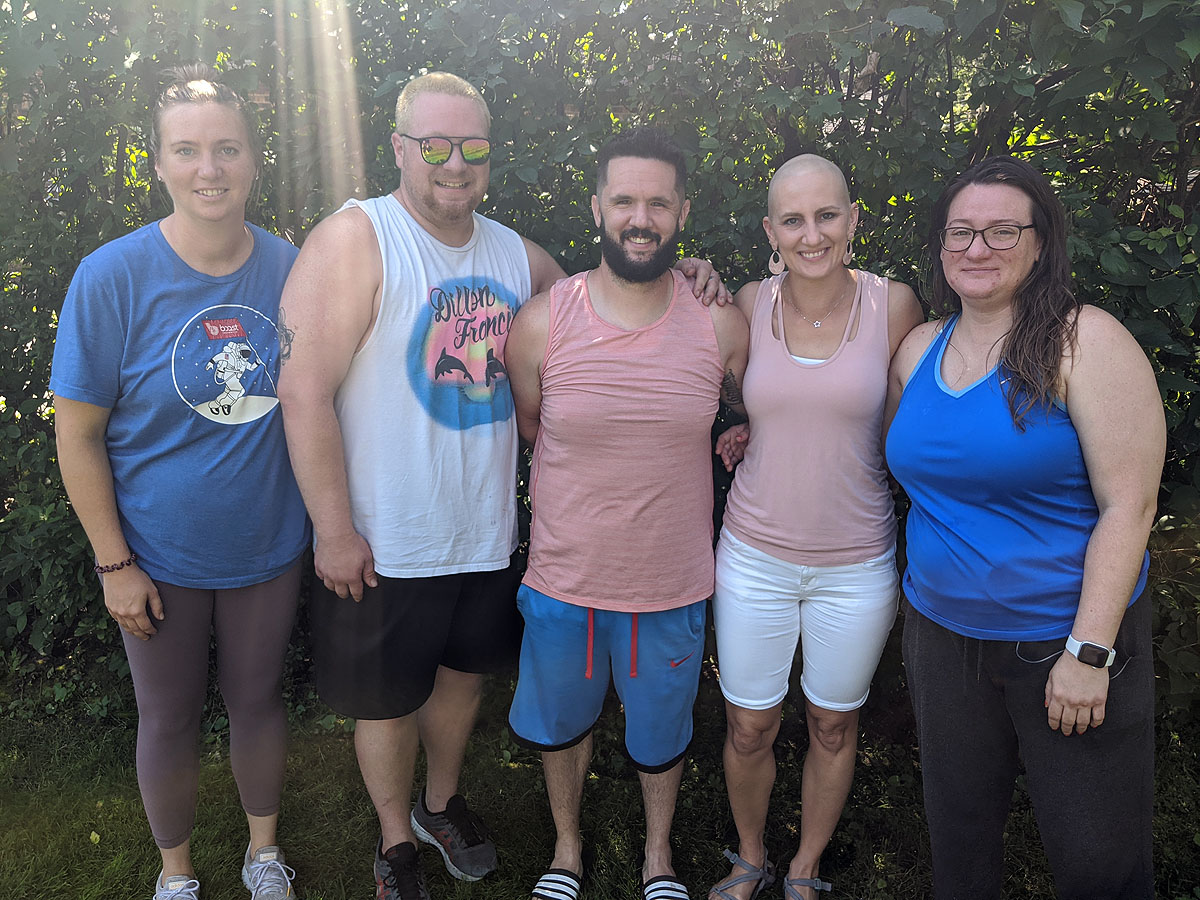 When we returned from Chicago, we got back to as normal of a routine as we could in this weird world...now filled with not only cancer and COVID, but now and grief and loss as well.  2020 sucks in so many ways. 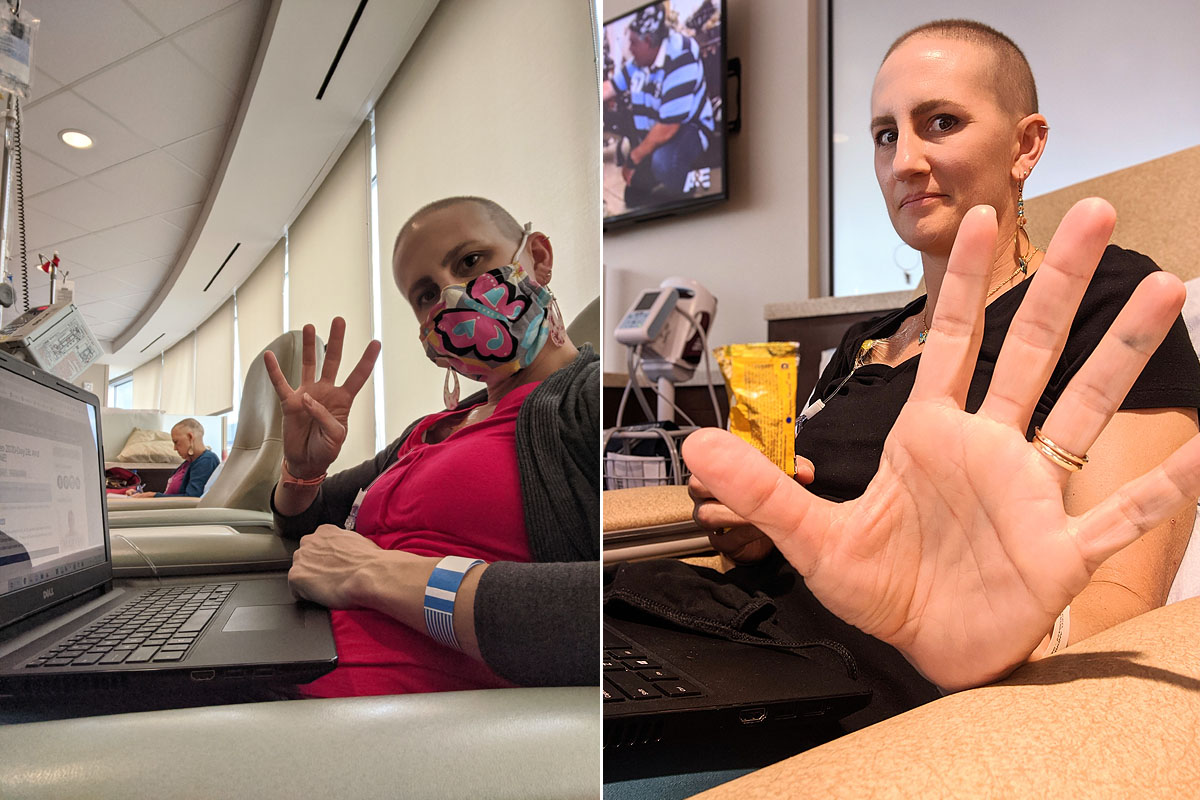 At my 4th Taxol treatment, I had the opportunity to meet someone new.  Usually everyone around me in the treatment bay is very quiet and quite a bit older than me. But that day I got to visit with another mom in her 40s who looks a whole lot like me with her bald head, big earrings and smile.  In fact, when Ben saw her leave the building, he thought she WAS me and had to do a double-take!

She's going through her own breast cancer treatment, and it was kind of nice to chat with her and each of us understand a little better than most what the other is going through.  Unfortunately, her story is at a much more serious stage.  As she was finishing up her treatment plan from her initial diagnosis, she found out that her cancer had spread to her spine and brain, making it metastatic, stage 4, triple negative cancer, which is a very grim diagnosis. Even still, she sounded hopeful about her treatment options, determined to do all she could and faithful that God would take care of her and her family throughout it all.  I felt privileged to have had a moment with her.

I went home that day feeling a much heavier weight of this whole situation than I normally do.  Talking to her was another very sobering reminder of what this disease does, especially on the heels of my father passing away the week before (also from a very aggressive cancer.)   At the moment, I don't really feel like that's where my story is headed, because so far my cancer has responded very well to treatment and didn't even show up on my last mammogram. But, I have to acknowledge that there's more than one possible outcome to all of this, and cancer recurring or spreading, though in the smaller percentage of possibility, is still a possibility.  Even when my chemotherapy treatment is finished and surgery is over, this possibility will hang over my head for the next 5 years while I take an estrogen hormone supressant drug (which is also when the most likely chance of recurrence would happen), and then probably for the rest of my life.  Definitely sobering.  In general, I'm not dwelling in that space long though.  And you shouldn't either.

My 5th Taxol treatment was uneventful (although I waited forever to see the doctor beforehand for a regular meeting with him).  But since I'd been feeling physically great throughout all the other treatments so far, with little to no side effects, there wasn't much to discuss.  He did mention that my hair would likely keep growing, while some continued to fall out.  When I'll have a REAL head of hair still remains a mystery.

Right now my chemo treatments take up about 2 and 1/2 hours when I go. I get all sorts of suggestions from people on how to pass the time...but I've found it's the perfect time for me to catch up on my blogging. So I prepare all my photos ahead of time and spend my treatment time at the cancer center doing all of the journaling for those posts on my laptop. Since I'm also drugged up on Benadryl during that time....it's probably not my best work! But the chair is comfy, the room is quiet, it's something I enjoy doing, and distractions are minimal--so it makes my treatment time productive and time moves quickly! It's kind of like hanging out at a coffee shop without all the great smells.

So far, on Taxol, I've been able to maintain a 5-6 day a week workout schedule, at pretty high intensity (with the exception of my week in Chicago, where I only exercised twice).  I've been doing the daily Burn Boot Camp workouts 5-6 days a week, so it's a mix of high intensity interval training, weights, cardio and body-weight exercises. 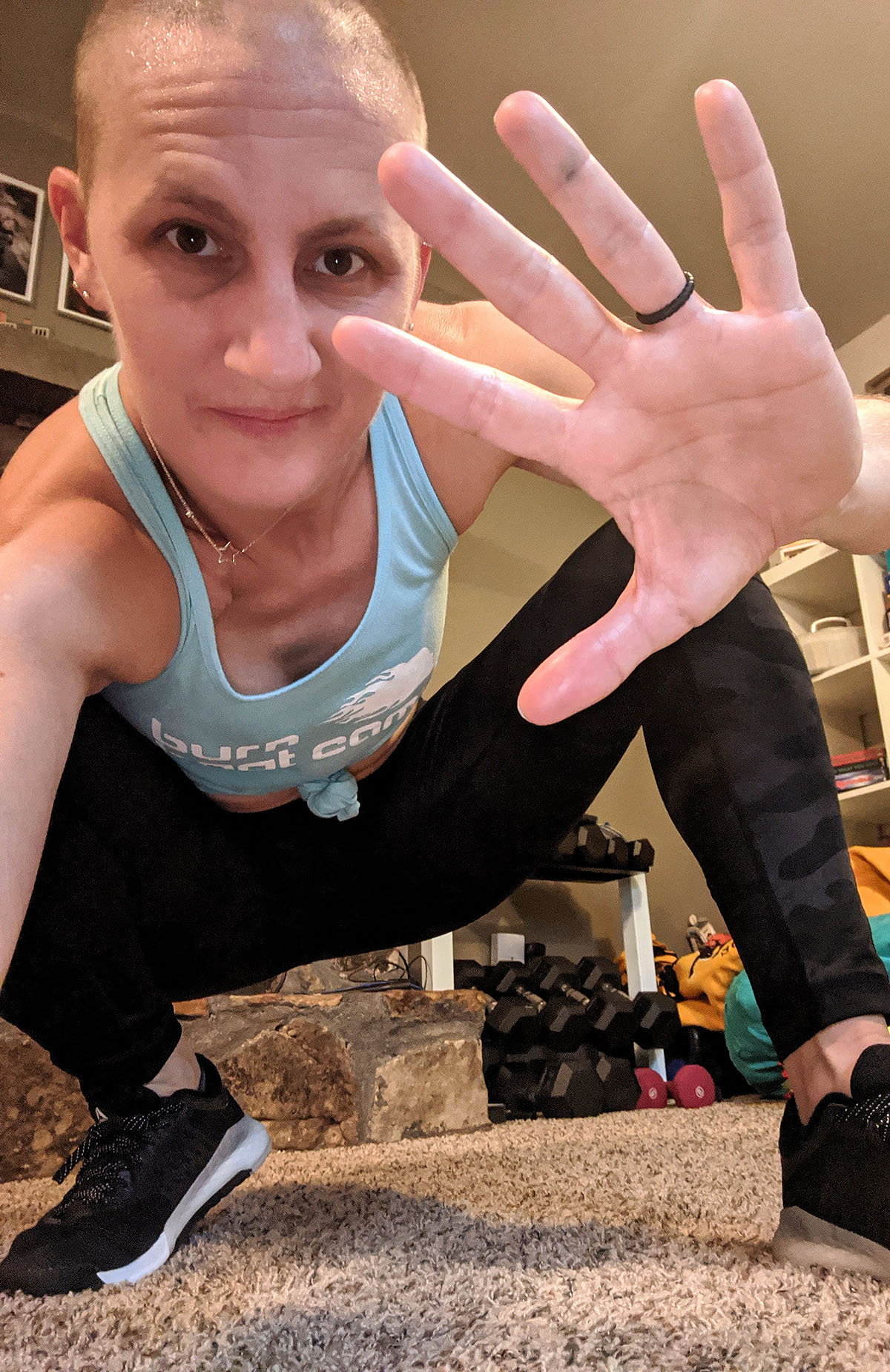 I get up by 6 am everyday, go to bed around 10:30 or 11pm, and have plenty of energy and mental clarity throughout the day.  I've continued painting and had plenty of work to do when we returned from Chicago, but didn't have too much trouble catching up and physically accomplishing all of it. 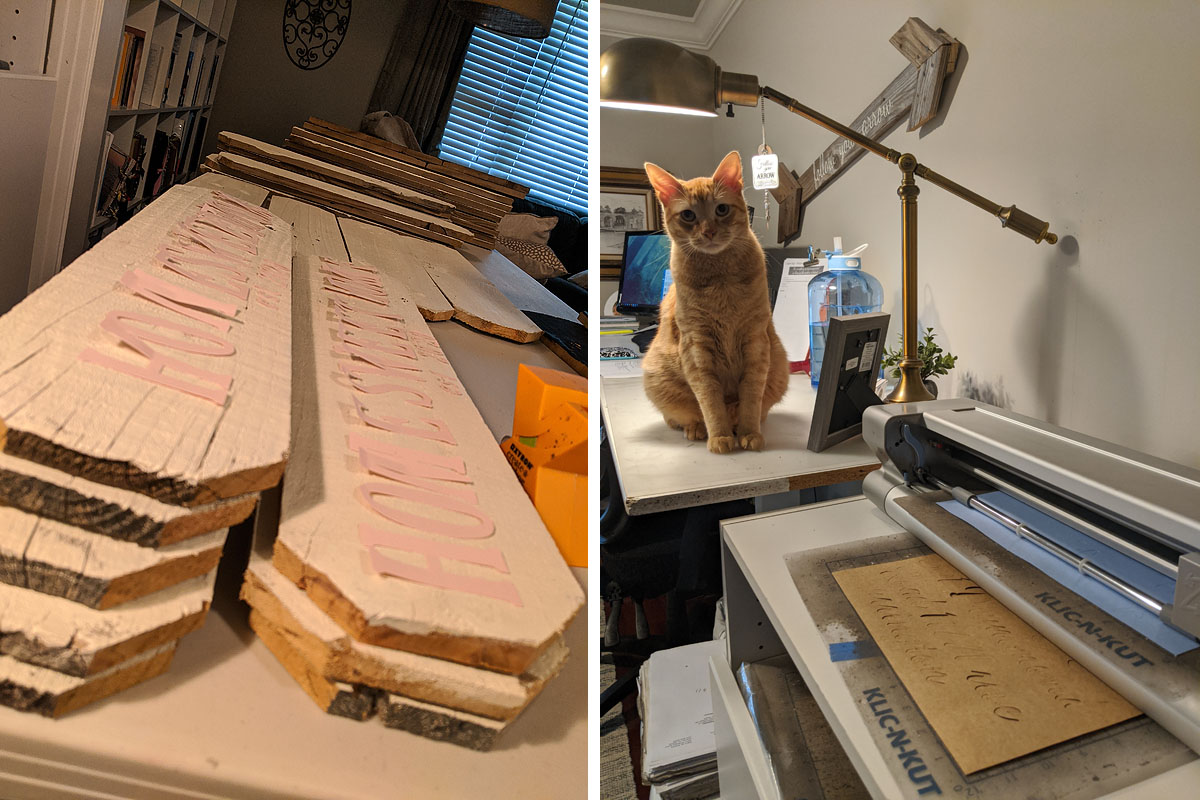 Being able to keep up with all of that and have good energy levels is my personal gauge for how I am feeling, how my body is responding and how much treatment is affecting me.  So far, it's been a breeze -- hardly noticeable, particularly in contrast to the AC chemo treatment, which was awful for 5-6 days after each treatment.

However....this week (after Taxol #5), I have noticed that I am much more tired by the afternoon, often need a nap, and feel more physically fatigued and weaker during my daily workouts.  I'm not certain that's related to the chemo, but I'm trying to make note of it and let myself rest a little more often if I need to. 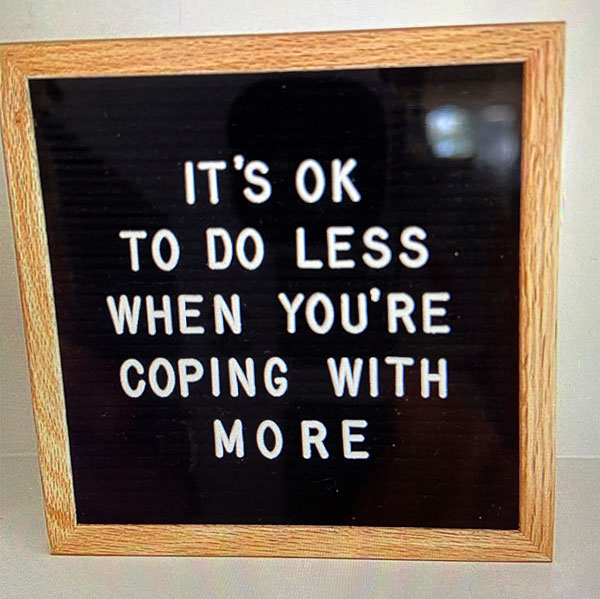 I've had a lot of additional emotional stress over the past several weeks. School is about to start (kind of...on a hybrid in-person/virtual schedule), activities are beginning again, and our calendar is filling back up quickly--while also changing constantly as COVID policies dictate.  That alone is enough to drive anyone crazy.  Life just feels overwhelming.  It's really difficult to properly process the BIG things (and there are a LOT of BIG things to process in our lives right now) when there are so many little things that have to be taken care of every day.

Historically, since I was diagnosed with Graves Disease in 2018, any time that I am emotionally stressed, my body physically fatigues.  So perhaps the extra tiredness is just that?  Or perhaps Taxol is finally starting to take it's toll.  Only time will tell.

For now though, we are trucking along... 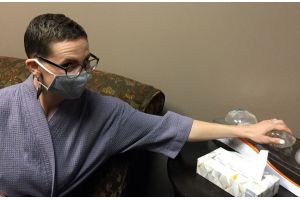 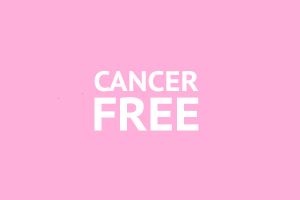 Doing great!!! Looking good!!!sorry about your Dad and hope your Mom is on the mend. I’m doing good. Tired at times? I’ll have my first PET scan 9/11

You are an inspiration to all. Young and old. The eyebrow and eyelash ordeal cracks me up. And I like "it" products. Great lipsticks. Believe your energy and excerising has helped with your treatments and success. I am doomed!!! Please take the time for yourself when you feel tired. You can't always be "superwoman". Sorry on the passing of your father.

Preparing for my Exchange Surgery 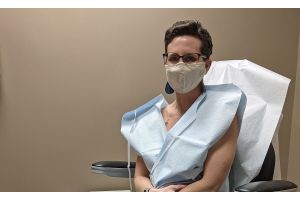