First things first.  I FINALLY received my genetic testing results.  I got a phone call on Friday from a nurse at the oncology center, who told me I tested NEGATIVE -- no clinically significant genetic mutation identified.  Which means, I don't have the BRCA gene mutation.

So, (to the best of my knowledge and on-my-own research, as I have NOT yet talked to my doctor about this), my cancer was not caused by a genetic mutation.  That's good news for my ovaries (which would have been at higher risk for ovarian cancer and need to be removed), good news for my daughter, my sisters, nieces and mom, who don't need to be as concerned that they might have a genetic mutation.  I just got "lucky" I guess?  The truth is, only 5-10% of breast cancers are linked to genetic mutations.  But if you DO test positive for it, your chances of getting breast cancer are much higher than the general population.  So, know your family's medical history, and if you think there's a chance you might have it...get tested early.  Prevention is the best medicine.

Moving on to the past week....

I was mentally NOT in a good place going into Chemo #4 of the AC "Red Devil" drugs.  I knew what was coming. I knew it might be worse than before--and I just didn't want to go through it again.  The only saving grace was that it's the last one of it's kind for this phase of treatment.  So here I was... 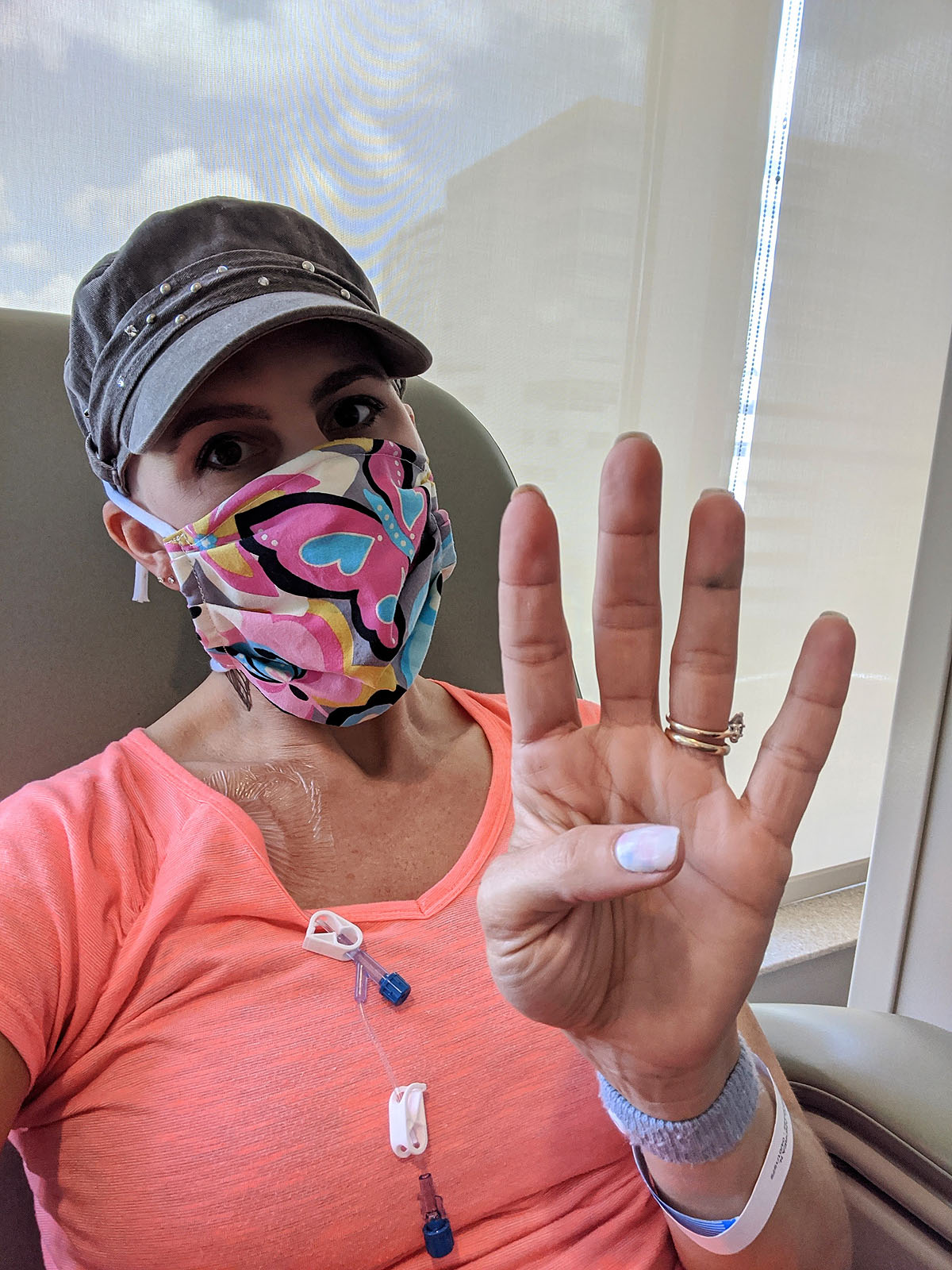 After treatment I went directly home, and got into bed almost immediately.  I feel so bloated and puffy and fluid-filled after these treatments, a little dizzy and queasy and just really really uncomfortable.  Hard to believe I went for walks after the first two, because after the second two treatments, all I wanted to do was get into bed and sleep it off.  Which is what I did Thursday afternoon/evening.  At least when I was sleeping I didn't feel nauseous. 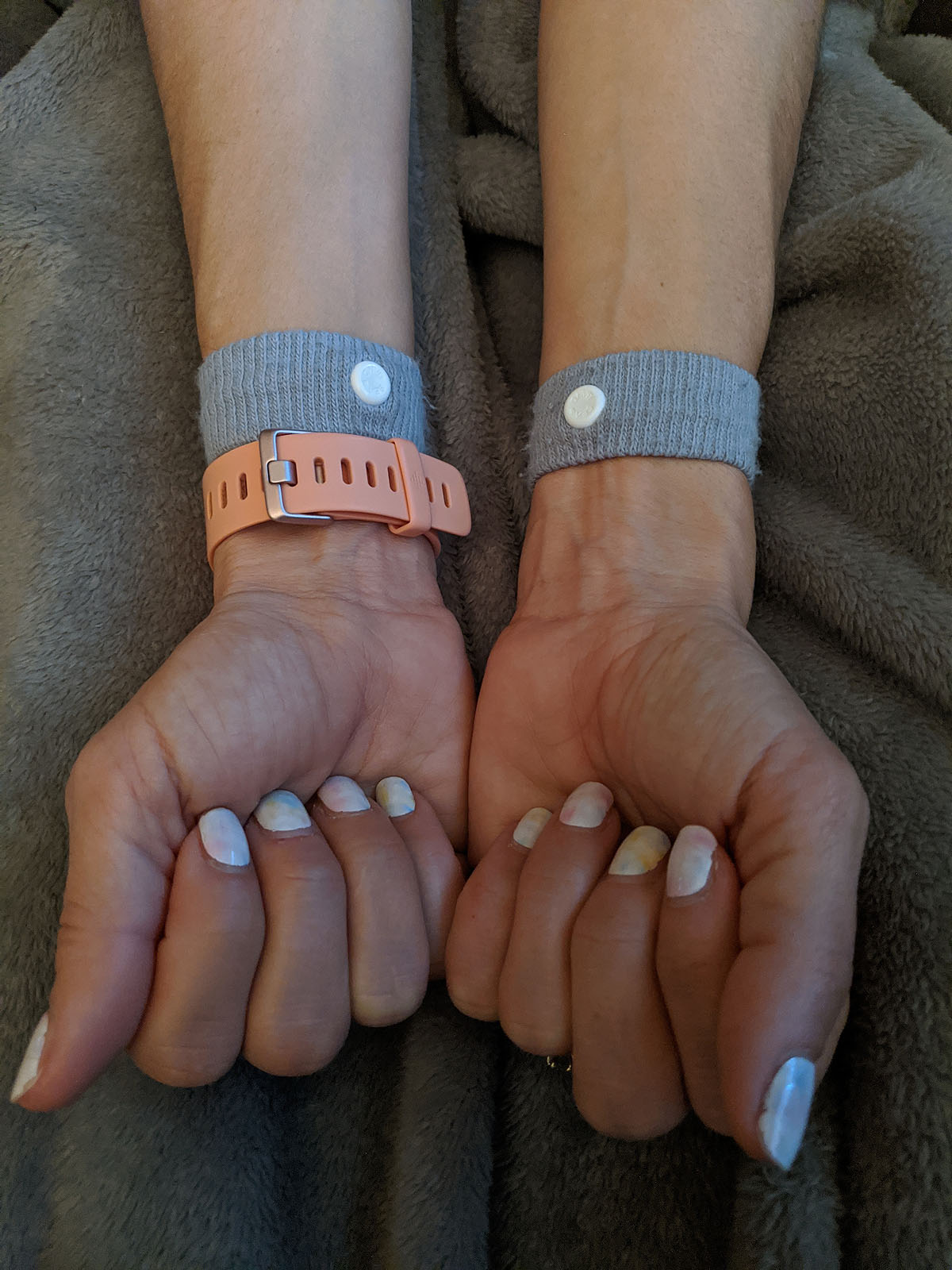 I decided to give Sea Bands a try this round, and wore them from Thursday before my treatment through Saturday morning (when I had to take them off because my wrists were sore and lymph nodes in my neck and underarms started becoming tender and achy.  Maybe it helped with queasiness though? I'm not sure I'm a believer.  I also took a swallowable pill form of the anti-nausea meds on Friday to try and keep the nauseousness at bay.  That seemed to help for sure.  I couldn't handle the dissolve-able kind because the taste made me gag (which totally defeats the purpose).  But if I took the swallowable pill BEFORE I felt bad, it seemed to help for a few hours. Stay ahead of it, they say.

In any case, Friday I was very weak and tired, and spent most of my time on the couch, but I *WAS* able to eat (salad, a cheeseburger, and plenty of other foods all day) and didn't feel very queasy, so I was thankful for that.

By Saturday morning though, I knew the worst had arrived.  With the exception of about 30 minutes in the morning to eat some breakfast, I didn't leave the bedroom, and only left the bed after a strong internal pep-talk to go to the bathroom and eventually take a shower.  I felt awful and just need to be laying down--on my side seemed to be the least-queasy position--and being completely still.  Even with the anti-nausea meds,  I couldn't eat, or drink, and everything smelled awful to me (including the stench that seemed to be coming out of every pore in my body). 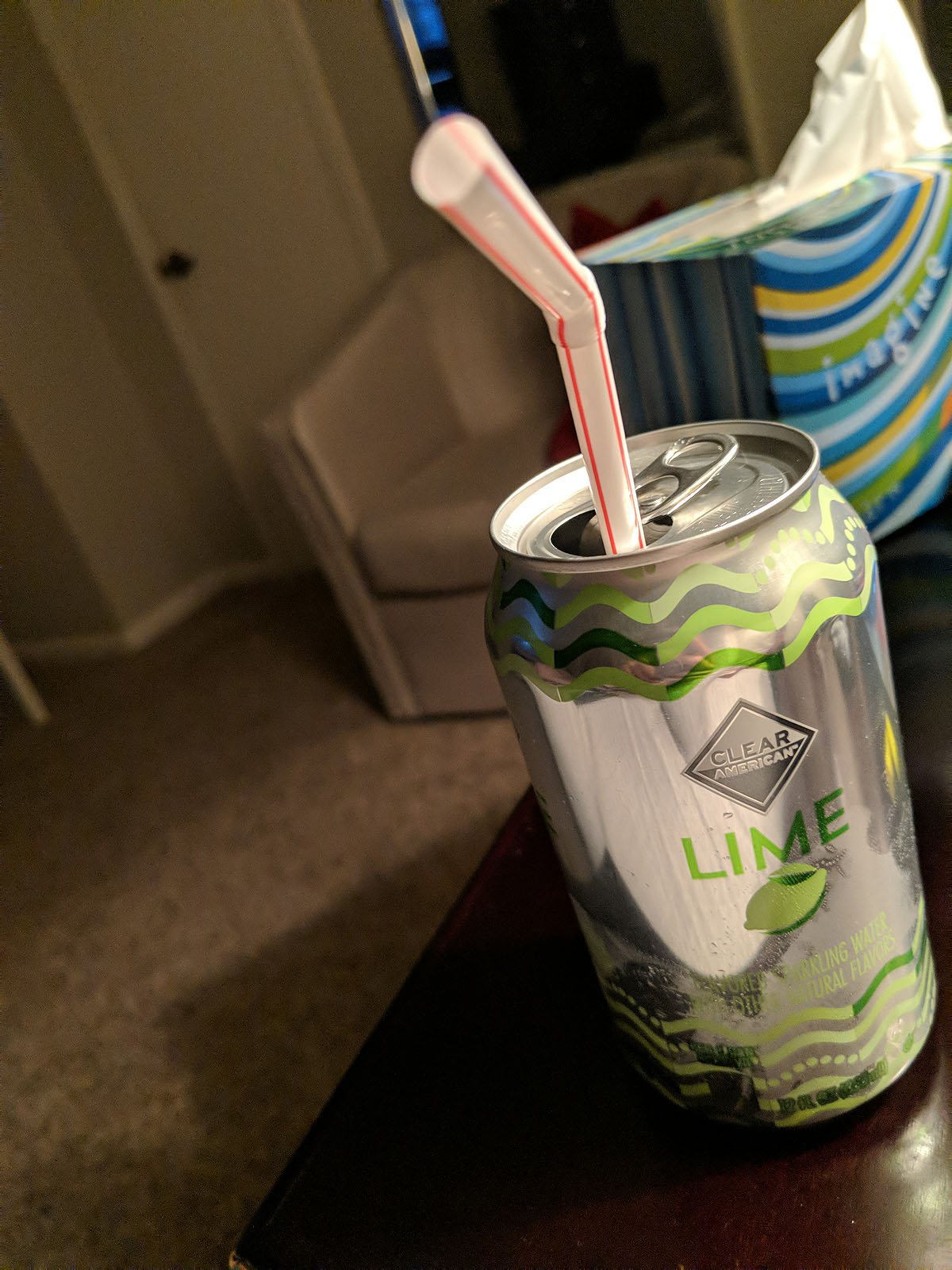 Ben was wonderful and checked on me often, bringing me anything I would ask for.  I felt a little like a nursing home resident and was really thankful for my big TV and "cancer chair" -- because Netflix was *just* distracting enough for me to forget about how terrible I felt when I was awake.  Mostly, though, I just needed to sleep and let the time pass...because I knew eventually I'd start perking back up and feeling a little better each day.

And I did.  Sunday I was able to be downstairs more, sit up, eat a little more, and be a little more cognitively aware of everything.  Smells continued to be offensive to me, I had a terrible taste/film in my mouth, my skin was very dry (and flushed), and I still felt like I stunk something awful like chemo meds coming out of my pores (but Ben insisted he didn't smell me.)  I've never been very sensitive to smell, but almost EVERYTHING is offensive to me all of the sudden.  I was glad to have about 20 different kinds of chapsticks to choose from, because about 7 of them would make me feel queasy.

Monday I did some work at my desk, feeling a little better than the day before, but still staying pretty stationary all day.

Tuesday I had to paint signs, but still felt pretty awful (queasy, headache & fatigued), so that was a hard day, because I had to do so much moving around and staying on task.

By Wednesday though, I was feeling quite a bit better (normal even), and spent the day cleaning the house, grocery shopping, and getting ready for a short beach trip.  Maybe, just maybe, the worst of all my chemo is over?? 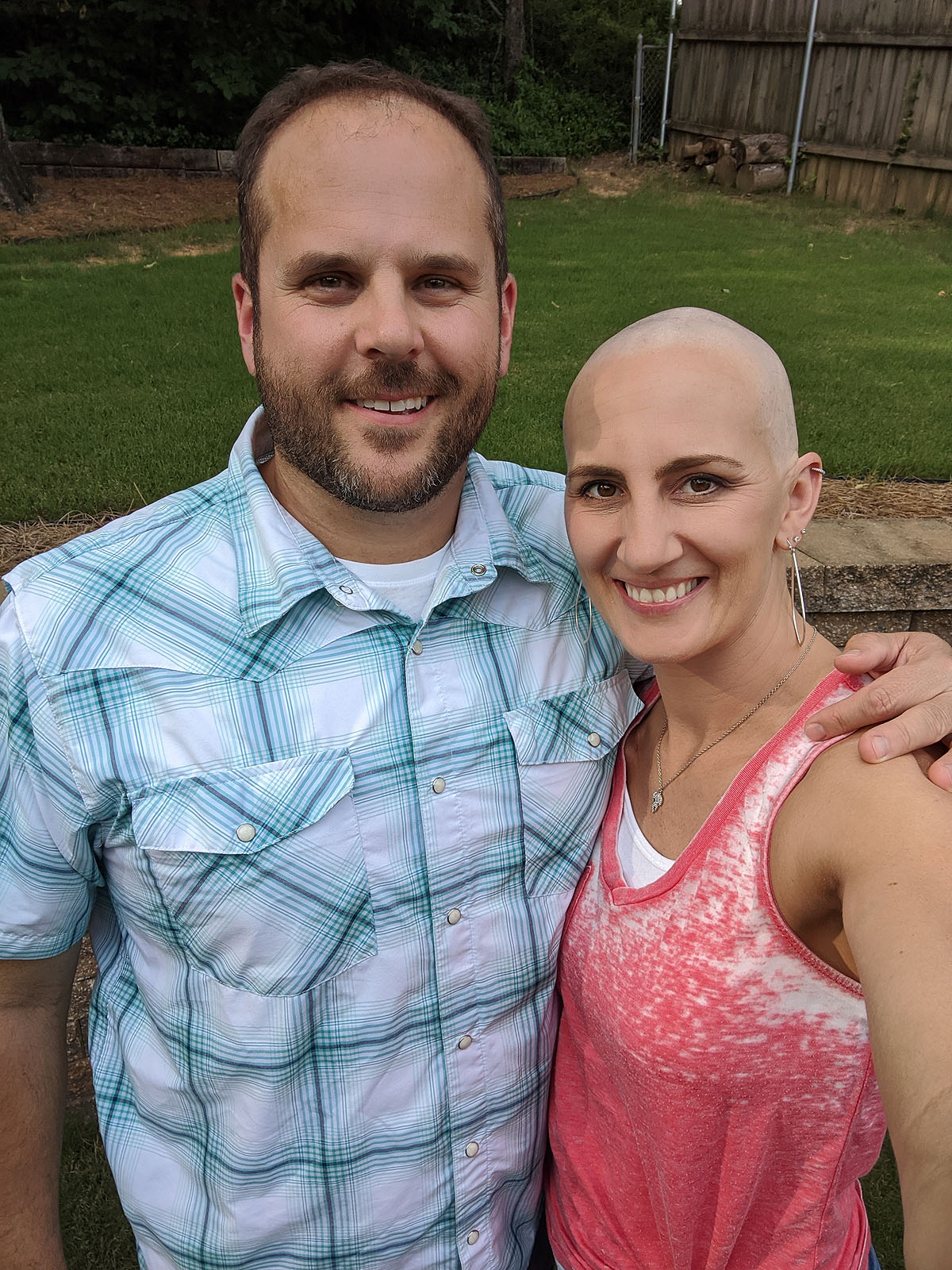 Ben shared this message on Wednesday on his Facebook page, and I think he worded well how grateful we feel for our friends and family and neighbors' support as this phase of treatment ends....

I wanted to take a moment at this spot in Andrea's cancer treatment to say 'thank you' to all of our friends, family, neighbors, doctors, nurses, and strangers that have supported her, the kids, and me. We have been completely surrounded by prayers, texts, emails, calls, letters, meals, gifts, and countless other forms of love and encouragement.
Sometimes we have been so overwhelmed with support that we can't even adequately show our appreciation. Yes, it has been challenging, but everyone around us has made it not only bearable, but reminds us time and time again that God is with us during this. We have been shown over and over again that we are not alone.
At the beginning of this ordeal we started a "love log" -- a journal that keeps track of the ways be people have loved us. Today it has over 50 pages of entries (with some pages having a dozen items) and that doesn't include countless of other things people have done without our knowledge!
I could go on and on, but know that it has meant the world to us, and as you encourage and love people around you know that you're making a tremendous difference in their lives, one act at a time. Thank you.

Now, I'm looking forward to a few weeks of feeling "normal" before a surgery date is set and I begin the next phase of this long haul journey...