Have a Plan, But Remain Flexible

Have a plan, but remain flexible.

I say that a lot. It's a good thing, because my treatment plan is changing.  Not so much WHAT the treatment is, but the order of events is changing.

From the beginning, my medical oncologist has said that I would do 4 rounds of AC chemo, then have surgery, then do 12 rounds of Taxol chemo, then have implant exchange reconstruction surgery, and continue with Tamoxifen anti-estrogen hormonal treatment for five years.  Whew, that's a mouthful.

At my last appointment with him (two weeks after my last AC chemo), he checked my white blood cell counts, which looked good, and he passed me along to my surgeon for phase 2.

I met with my surgeon the following week (three weeks past my last chemo at that point), ready to learn about exactly the procedure for surgery, to be referred to a plastic surgeon for reconstruction consultation, and to schedule a surgery date for early July, while my kids would be on a 4 week long road trip with my mom and Ben would be home with me and available to be my "nurse" post-surgery.

I hardly got a word out when she told me that unless for some reason a patient *isn't* responding to the chemo at this point in treatment, she wants them to do ALL of their chemo before having surgery.

UGH!  Why didn't she tell me that back in MARCH? Why didn't my medical oncologist know that and prepare me for that as a possibility???

Let me rant for a minute....because I have cancer, and it's my blog, and I can.

Why does the entire world seem to think it's perfectly acceptable to constantly change plans at the drop of a hat--even though it will affect the lives and schedules in a domino effect of all of the people involved?

My "Have a plan, but remain flexible" motto came from years and years of everyone everywhere just cancelling get-togethers, rescheduling games, changing practices, showing up late, backing out of responsibilities, changing the rules, changing the players, and expecting us to just adapt and show up.

If I charged a personal "cancellation fee" I might be an *actual* millionnaire.

Somewhere, somehow, I learned to write on the calendar in pencil, not expect *anything* to go as it was originally planned, and to roll with the changes.  To be honest, that has made me MUCH less irritated when it all changes and shuffles.  So I guess it's a good motto--but it still hacks me off sometimes.  Clearly I'm not perfect at being flexible.

Back to my cancer treatment...

That means I'll have 12 weeks of chemo BEFORE I can have surgery (likely at the end of October/early November), which means I can't go through any of my reconstruction this summer, which absolutely means I'll have to have my second surgery sometime next calendar year, because it has to be 3-6 months after the initial surgery.  I had REALLY hoped to be through all of this by December 2020. Ain't gonna happen. Now I'm hoping for by June next year.

There is good news. The cancer definitely responded to the AC chemo.  My tumor is no longer palpable, and the surgeon couldn't even find the clip from my biopsy in an ultrasound, so she ended up sending me to get another mammogram to locate it, which they did, and it sounds like they didn't see much of anything else of concern in the imaging.  I am glad to know that all that Red Devil misery wasn't in vain.

I'll be starting chemo back up next Thursday. 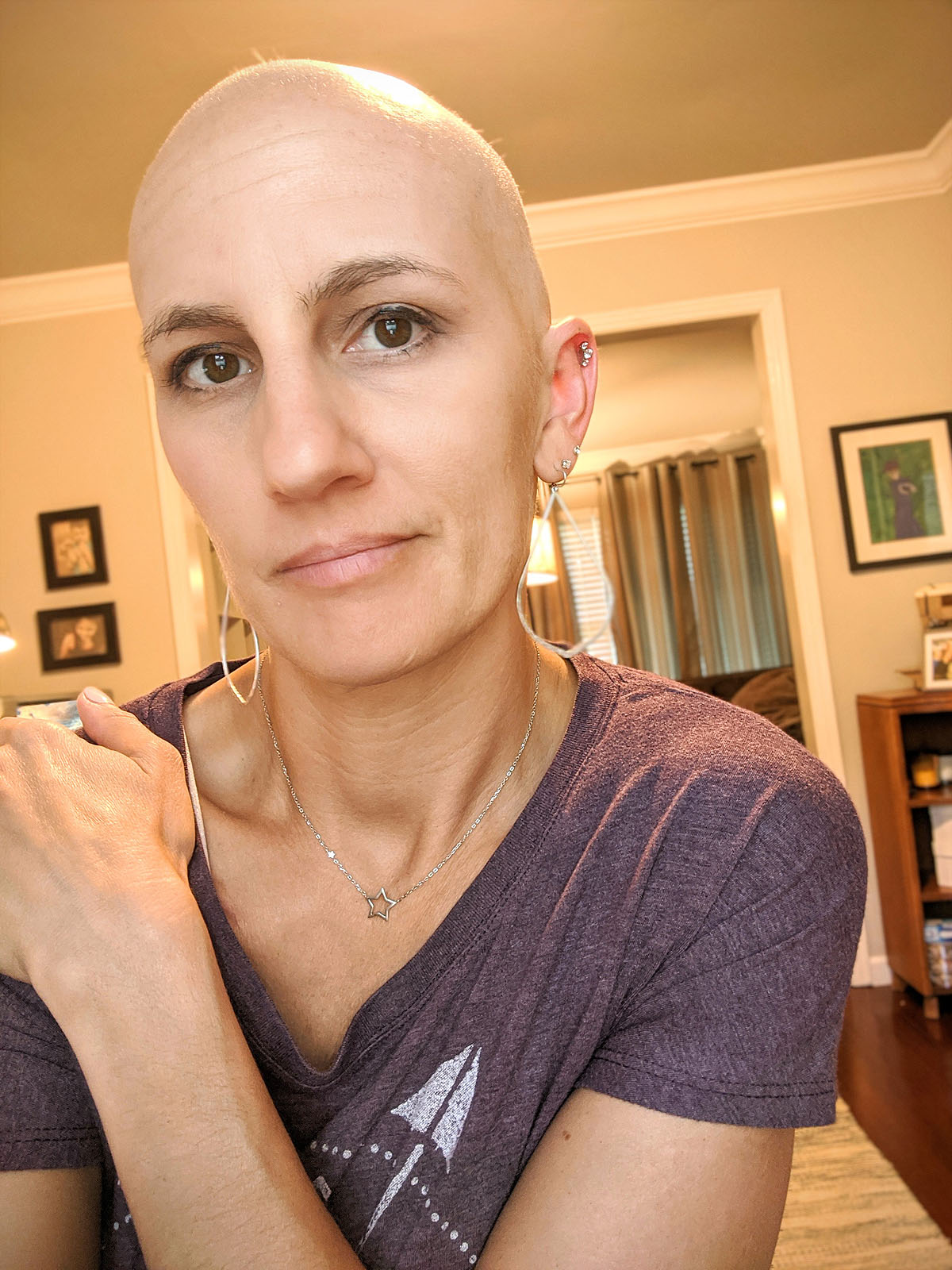 So I guess I'll adapt to THAT schedule instead.

I'm irritated that I could have just continued with chemo for the past 3 weeks and have been almost a 1/4 of the way through that series this week, but instead have extended the whole process by a month.

I'm irritated that now it looks like I'll be having surgery in the middle of the best time of year, and that school and sports and holidays and LIFE will be happening all around and I will likely miss out on more.

I'm irritated that everything will be so much more difficult to coordinate for the kids' school and extracurricular activities after an October/November surgery than it would have been in the middle of July when NOTHING is happening.

But I guess it all boils down to inconveniences, not TRUE problems.  And there are benefits and a plus side to this schedule too.

As for how I feel right now?

Physically, pretty great.  I'm a little fatigued, just from all the extra activity in my day and weeks.  I have noticed that I have a slightly higher resting heart rate (comparing pre-chemo numbers to during and post AC chemo numbers), but I've even seen that come back down almost to my old normal now that I've been chemo-free for almost a month.  I've been working out 5-6 days a week--not at my peak performance level and I definitely get winded faster than I think I should--but definitely still at a pretty high intensity 45 minutes a day, so I can't complain about that.  My eyebrows and eyelashes are definitely thinning and will probably go completely at some point with Taxol starting back up.  Being bald is WAY simpler than having hair.  I'm enjoying the benefits of that, for sure, which I NEVER would have expected to hear myself say.

Mentally, I'm mostly good too.  Getting this change of plans news was definitely hard, but I have already felt myself relax today after the decision was more official.  I'm getting used to the new plan.

I think it helped a LOT for me to vent a little here.  So thanks for listening. :)

Andrea, thank you for sharing your journey. You are an inspiration. All my love and prayers are with you.

i would rather deal with breast surgery during the winter!!!