an across this site today in my blog-reading, and I'm LOVING it.  It's a web site made for people like me, who aren't even sure how to boil an egg. They have all kinds of step-by-step videos for dummies like me.
http://www.startcooking.com
Check it out!
5

Posted 17th February, 2008 in by Andrea
So, my question about "What Comes in Fours" does have a project behind it.  I loved everyone's responses, but I haven't necessarily narrowed my plan down to what we should use.  You see, we're looking for photograph ideas to put into four frames in our kitchen.  And, although the 4 Ninja Turtles would definitely be a guaranteed conversation piece (Thanks Rachel), I'm not sure it's quite what I had in mind! :)
I do like the idea of seasons, US time zones, and Janel suggested photographs of the 4 states we've lived in (IL, AR, MN, and AL).  Earth, Fire, Air & Water might be neat, and I liked Sweet, Salty, Bitter, Sour too (since it's for the kitchen).  Any more ideas budding now that you know what it's for? I just finished reading
Those Who Save Us by Jenna Blum. It was a book my grandmother recommended. Written by a Jewish author, it flashes between the late 90's and the 1930's - 40's and follows the story of a German mother and her daughter. The mother lived in Germany during WWII and falls in love with a Jewish doctor, has a baby, and so on... (don't want to ruin the story too much). The daughter is a German history professor (in Minneapolis, of all places) and is doing research on the experiences of Germans during the war.
It reads just like a Lynn Austin book, which I love, teaching all about the history and pulling you into the time frame with a captivating story. Although the author is Jewish, I found it to be remarkably
un-religious. Actually there are very few Jewish characters in the
book.
I had never read a book about the Holocaust before, and it's very sobering to read about how awful people were treated. Hearing about it in school and in history books doesn't really pull you in emotionally like a story like this does.
I definitely recommend this book. Very interesting and easy-to-read. Thanks Grandma! :)
16

What things come in 4's? I'm asking for a reason, but I don't want to limit anyone's answers...so let's brainstorm: 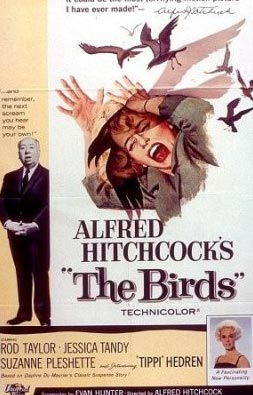 I haven't actually seen the movie, but I think you'll agree there's an eerie similarity between our backyard full of screeching birds and the movie "The Birds".   This is a daily occurrence: 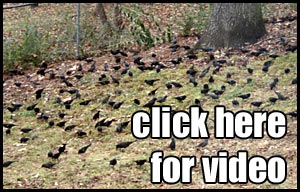 I got crafty during nap time today and surpised Ayla with this: 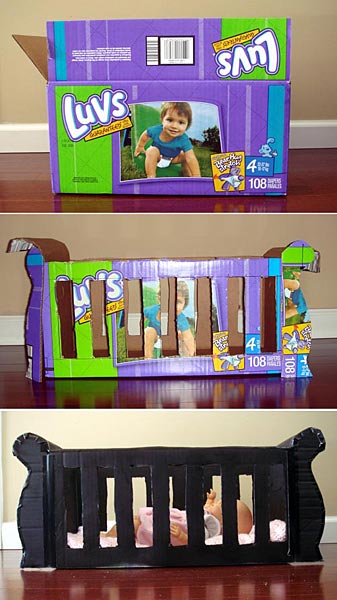 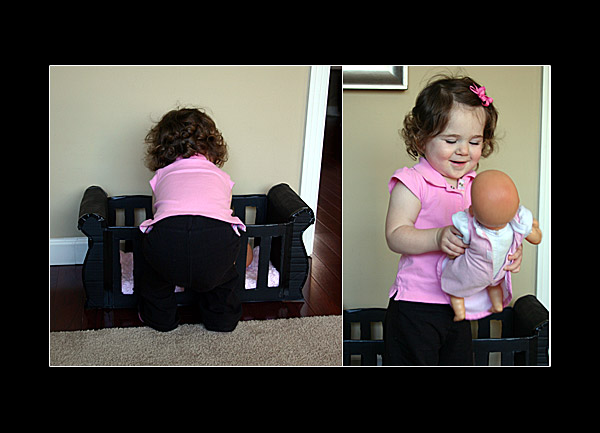 I just finished reading Blue Like Jazz by Donald Miller. Ben has been telling me to read it for the past two years, so it was only fitting that in my resolution to read at least one non-fiction book per quarter, I started with this one. Besides, we own it, so I didn't even have to go to the library to pick it up.
Overall, I enjoyed it. Since it's written in a sort of heres-my-experience narrative, it's hard to summarize it. So instead of a review, I thought I'd present you with some quotes from the book that stood out to me:

“I believe that the greatest trick of the devil is not to get us into some sort of evil but rather to have us wasting time. This is why the devil tries so hard to get Christians to be religious. If he can sink a man’s mind into habit, he will prevent his heart from engaging God.”

“So much of me believes strongly in letting everybody live their own lives, and when I share my faith, I feel like a network marketing guy trying to build my down line.”

“Rick said he thought it meant we should live missional lives, that we should intentionally befriend people who are different than us. I didn’t like the sound of that, to be honest. I didn’t want to befriend somebody just to trick them into going to my church. Rick
said that was not what he was talking about. He said he was talking about loving people just because they exist—homeless people and Gothic people and gays and fruit nuts. And then I liked the sound of it. I liked the idea of loving people just to love them, not to get them to come to church.”

“I am something of a recluse by nature. I am that cordless screwdriver that has to
charge for twenty hours to earn ten minutes use. I need that much downtime.”

“At the end of the day, when I am lying in bed and I know the chances of any of our theology being exactly right are a million to one, I need to know that God has things figured out, that if my math is wrong we are still going to be okay.”

Amen. We don't have it right, but we're trying and I think that's what matters. I'm sure I've said that before....

Posted 1st February, 2008 in by Andrea
Uncle Kyle must've seen that I had little to no blogging material this week, so he tagged me in a blogging game:

It wasn't really cheating, but I do have an entire bookshelf-worth of books sitting in my office (still in cardboard boxes).  I picked one of the 10 or so that are sitting on top of all the boxes.  It's a book my Aunt Susan gave me called "Games to Play with Babies" by Jackie Silberg.

My friends, consider yourself tagged:

Posted 29th January, 2008 in by Andrea
For those of you that I've been e-mailing about finding out family names and dates, let me show you the project I'm working on. I finally glued everything down this evening and started labeling the leaves of our family tree. The beauty of this project is that it can be displayed now, even though *all* of the information isn't there yet. I can add to it at anytime just by writing in names or dates. Click on the picture below if you'd like to see a more detailed image: 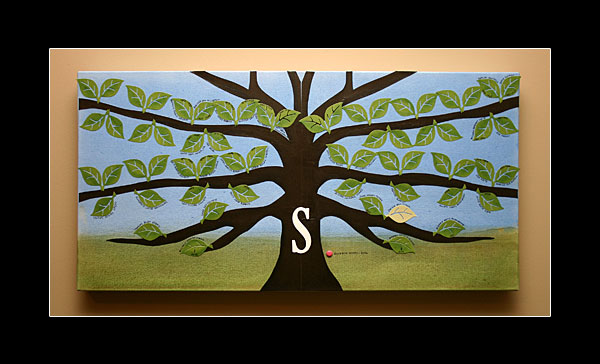 It's made on a 24" x 12" stretched canvas that I painted with the grass and sky horizon. The tree trunk and branches are cut from two sheets of 12" x 12" cardstock and the leaves are also die cut from green cardstock. The pink dot that represents Ayla is a brad. (And don't worry, I have plenty of additional pink and blue brads in case we have more kids in the future.)

This has been a fun art project that was inspired by a MOPS meeting about geneology a few weeks back. Thanks for the inspiration Patricia! Now I have to install the family tree software and get a more detailed (and accurate) tree going on my computer....another ongoing project to add to my list...

In my family tree art project research, I ran across this photo:
source: http://freshpaintartist.com/images/familytree.jpg

How stinkin' cool would THIS be on a wall of your house? Wow...