I just finished reading Blue Like Jazz by Donald Miller. Ben has been telling me to read it for the past two years, so it was only fitting that in my resolution to read at least one non-fiction book per quarter, I started with this one. Besides, we own it, so I didn't even have to go to the library to pick it up.
Overall, I enjoyed it. Since it's written in a sort of heres-my-experience narrative, it's hard to summarize it. So instead of a review, I thought I'd present you with some quotes from the book that stood out to me:

“I believe that the greatest trick of the devil is not to get us into some sort of evil but rather to have us wasting time. This is why the devil tries so hard to get Christians to be religious. If he can sink a man’s mind into habit, he will prevent his heart from engaging God.”

“So much of me believes strongly in letting everybody live their own lives, and when I share my faith, I feel like a network marketing guy trying to build my down line.”

“Rick said he thought it meant we should live missional lives, that we should intentionally befriend people who are different than us. I didn’t like the sound of that, to be honest. I didn’t want to befriend somebody just to trick them into going to my church. Rick
said that was not what he was talking about. He said he was talking about loving people just because they exist—homeless people and Gothic people and gays and fruit nuts. And then I liked the sound of it. I liked the idea of loving people just to love them, not to get them to come to church.”

“I am something of a recluse by nature. I am that cordless screwdriver that has to
charge for twenty hours to earn ten minutes use. I need that much downtime.”

“At the end of the day, when I am lying in bed and I know the chances of any of our theology being exactly right are a million to one, I need to know that God has things figured out, that if my math is wrong we are still going to be okay.”

Amen. We don't have it right, but we're trying and I think that's what matters. I'm sure I've said that before.... 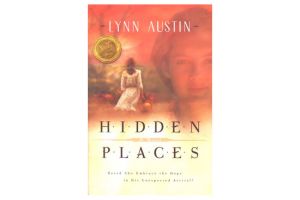 That's been on my list of books to read for a long time! Maybe I'll get around to it this year...

Wow, interesting. I can't believe that in all the time spent at the coffee shop we never got around to talking about the important stuff. It sound like a very thought provoking book - thanks for sharing.