I spent most of the past several days horizontal. 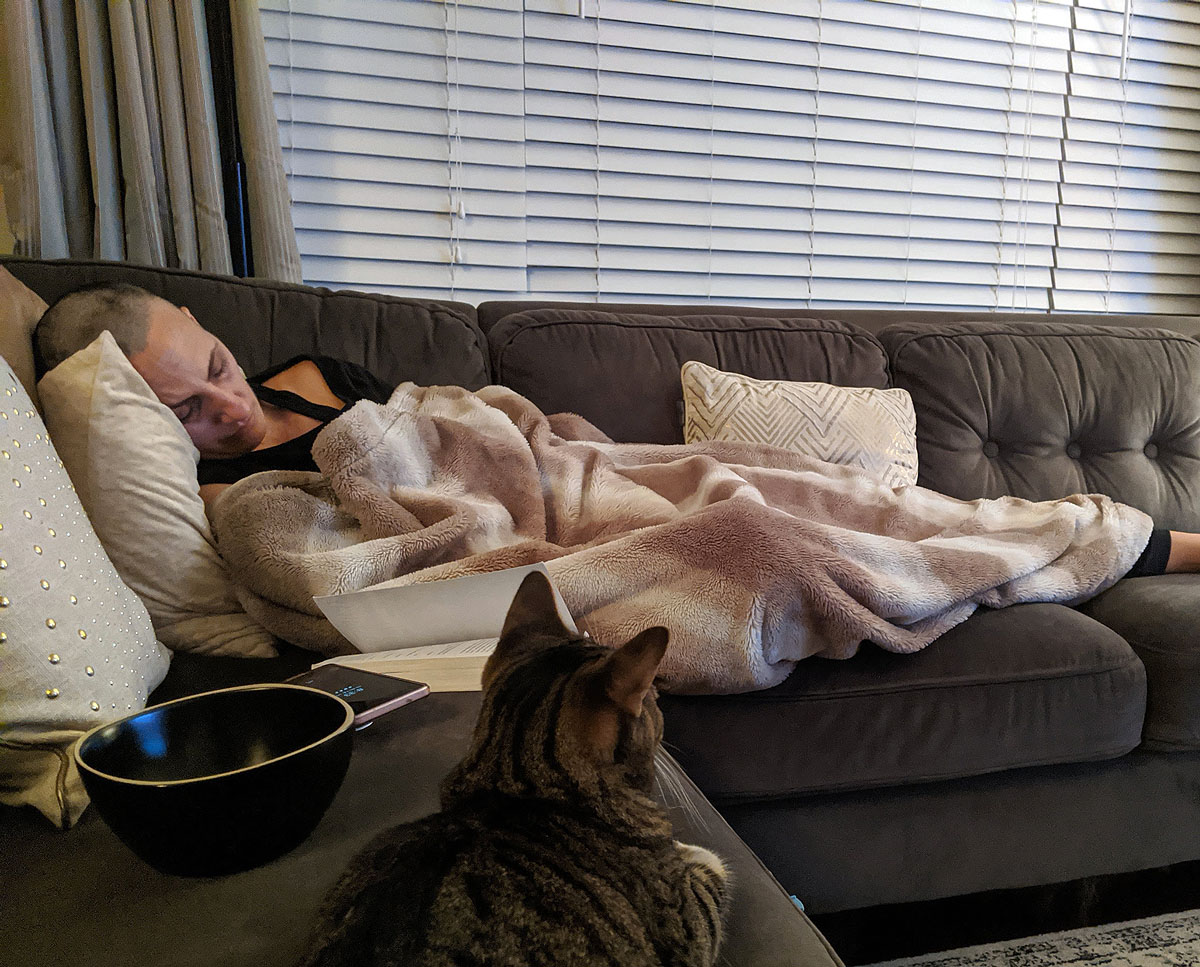 Round #2 of AC chemo has been much more debilitating, and for much longer than the first round.  And even today (6 days post treatment) I'm feeling only at about 40%-50% of normal. So, if my writing feels a little disjointed or not as cohesive as normal...blame it on the chemo brain.

All day Friday & Saturday I felt constantly queasy and had a horrible headache.   I had very little appetite, but felt like I needed to eat to combat the queasiness.  Plus, I've had an icky taste in my mouth all of the time...kind of a metallic-tasting film. Blech. I had a really hard time drinking all of my big ol' gallon of water and only made it to about 75oz each day.  I found that sucking on hard candy helped me get through any vertical job I needed to do (like getting my head shaved or take a shower) without getting super nauseaus.

Since my head was hurting so bad (like a vice squeezing my whole head), I didn't want to listen to music or watch television, so I spent most of my time just laying on the couch, messaging with friends, scrolling on my phone, reading my book, talking to Ben, or falling asleep.

By Sunday, I woke up with my stomach feeling more settled, and I was finally actually hungry again, but my energy levels were still really low.  I did manage to move around the house a little more on Sunday, went outside a few times (and revealed my naked head to my neighbors), and had a couple of friends stop by that I was able to stand or sit outside and talk with. But overall, I still spent a good portion of the day sitting or laying on the couch.

Monday, I went for a walk, but found that 4 slow laps (about 1.75 miles) around the park completely wore me out. 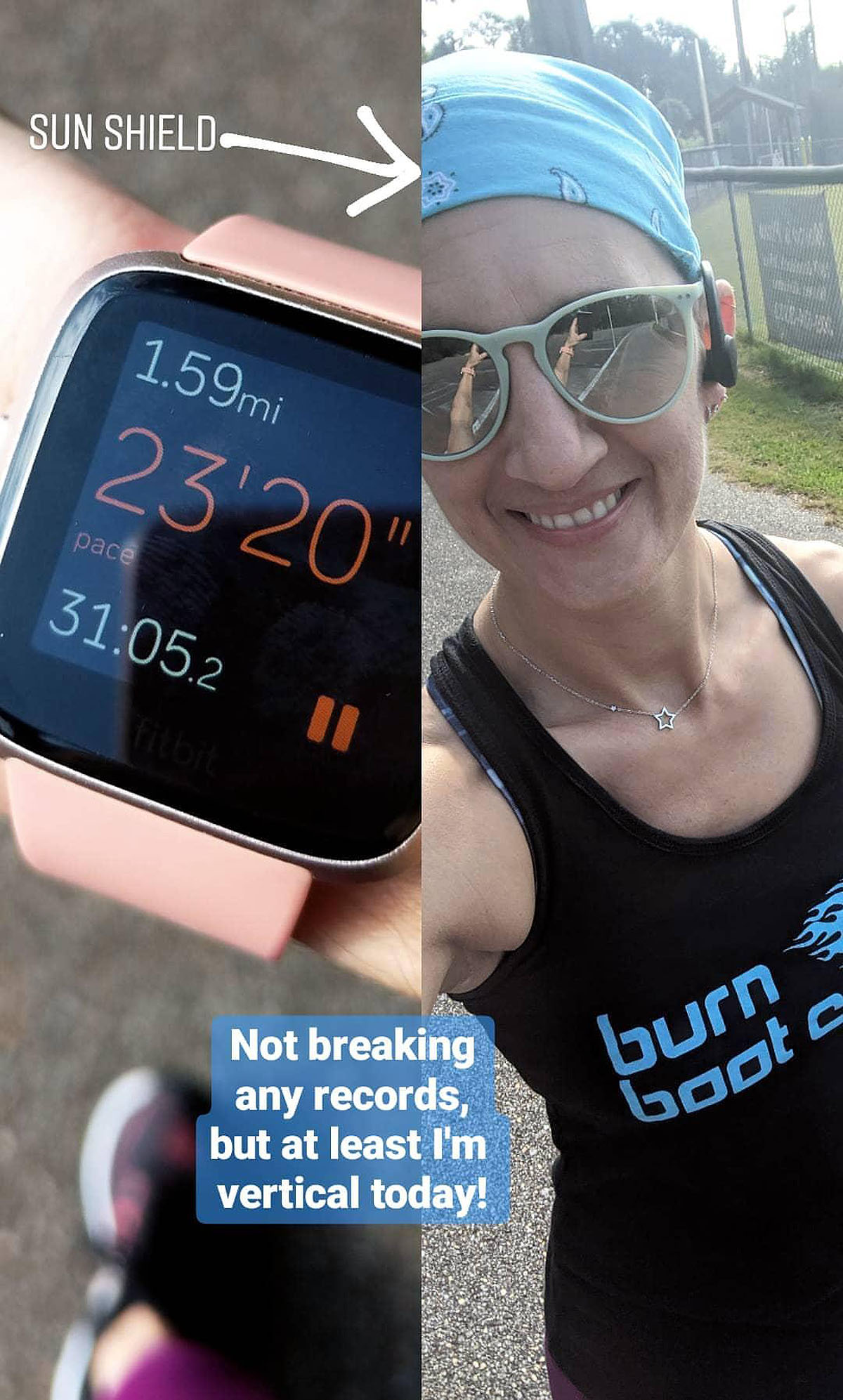 I took it very easy the rest of the day, doing some blogging and work at my computer and then eventually just sitting on the couch and reading.  I noticed I am not able to multi-task at all.  I can do just one thing at a time (slowly), and interruptions or requests to make decisions throw me completely off and overwhelm me.  That must be the chemo brain they talked about. Ben said I seemed very disoriented and confused a lot of the day.

I wrote my "Hair Today, Gone Tomorrow" post that afternoon and made the video of him shaving my head -- which was more emotionally draining on me than *actually* having my head shaved.  Watching myself go through it was far more emotional than the process itself, when I was mostly just trying not to puke. Lots of tears on Monday as I worked through that -- mostly out of love and appreciation for Ben and his gentleness through that whole process.

Tuesday, I attempted another walk, expecting to be doing much better by then.  This time though, I had to stop and rest in the middle of lap 3.  That was VERY hard for me mentally.  I tend to guage my "okay-ness" based on what I can physically do.  After my first round of chemo, I was doing a HIIT workout on Tuesday and felt great.  But this time, I couldn't even do a slow 30 minute walk without having to stop and rest.

While I had hoped to send out a newsletter and get back to painting signs this week, on Tuesday it became painfully clear that I was not going to bounce back quite as quickly after each of these subsequent rounds.  So, I'm putting that decision on hold another day or two...

I did manage to take a shower, put on real clothes and do a couple of small tasks throughout the day though -- laundry, organizing accessories in my closet, and a walk up to the park with the kids to catch a glimpse of the hospital fly over in salute to health care workers in Birmingham. 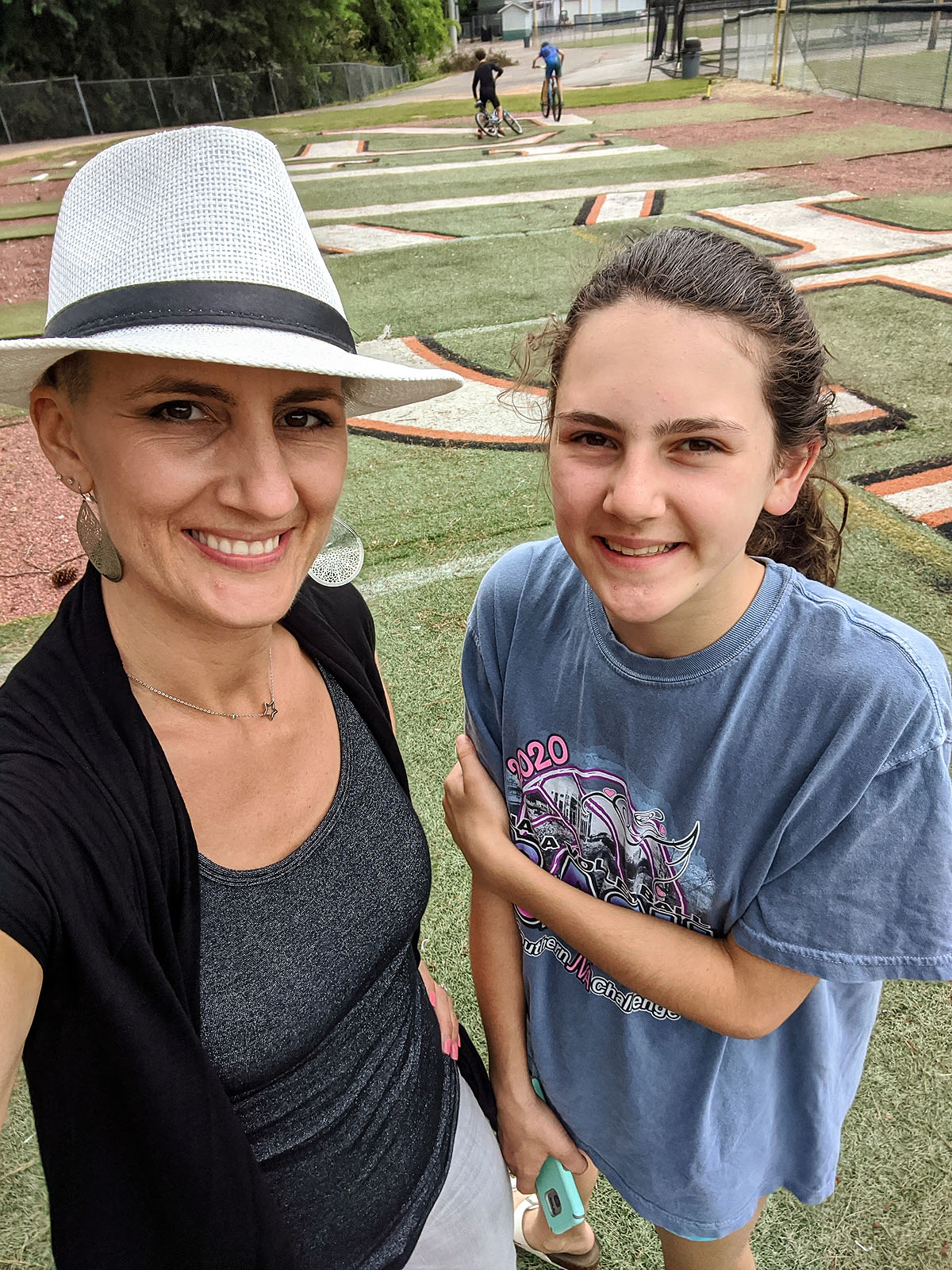 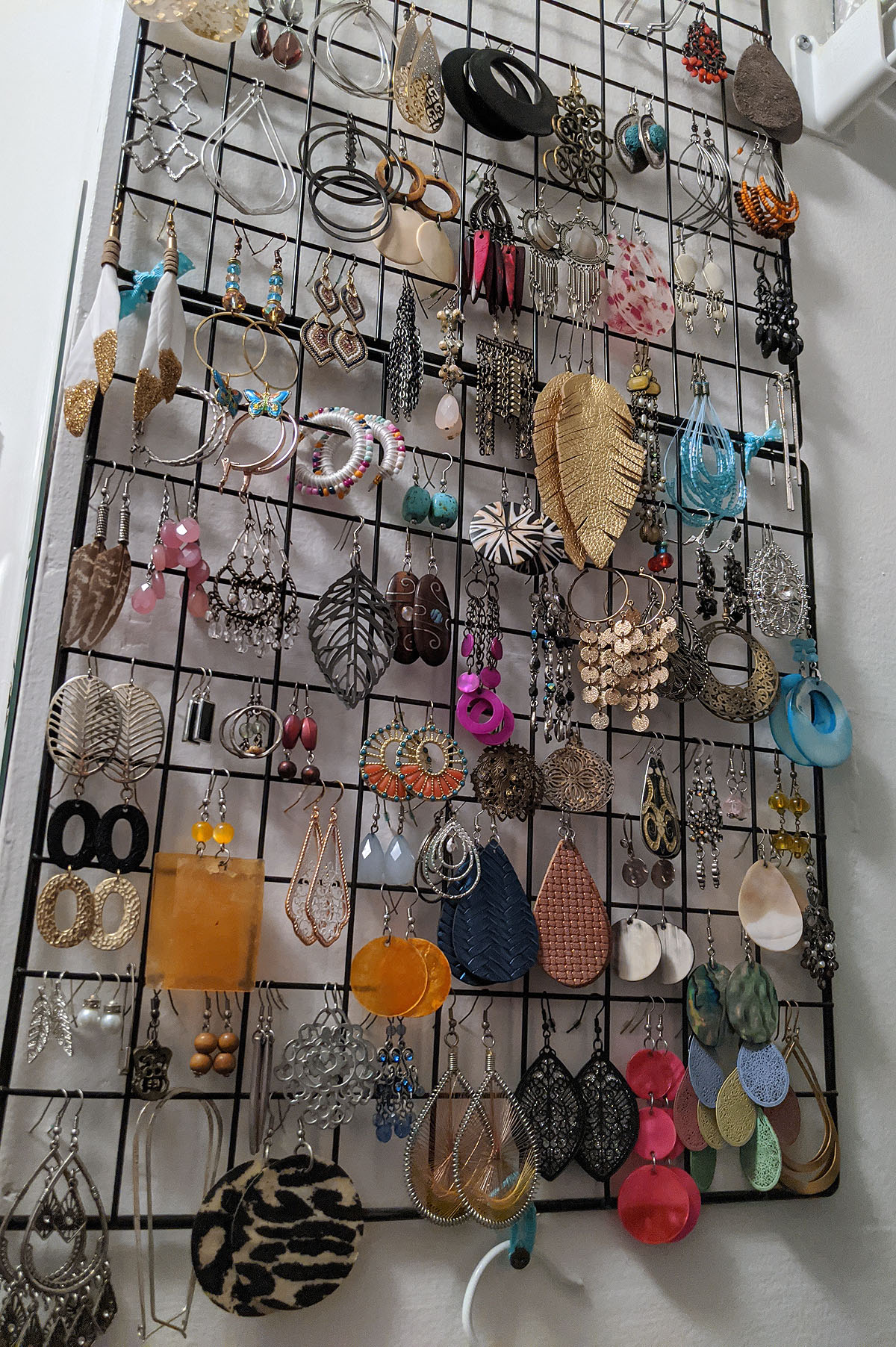 An interesting side effect I've noticed is that I am craving RED meat -- hamburger, steak, anything RED.  Which was lucky, since Ben smoked a corned beef brisket today.  IT WAS AMAZING. I could have eaten the whole pile of sliced meat myself like it was popcorn.  I've heard of chemo cravings, and this appears to be mine (at least currently).  Over the past few weeks, I've been craving and eating lots of meat, eggs, cheese, greek yogurt, fruits & vegetables, and drinking protein shakes.  I have almost zero interest in sweets (which is very unlike me). While my portions are smaller, I've needed to eat every 1-2 hours to keep my stomach settled, so I know I'm eating plenty.  But between lessened strength workouts and more inactivity and a much more low-carb diet than I normally eat, I've lost about 4 lbs since chemo started.  Every morning that I weigh less than the day before, I get up and eat a huge breakfast sandwich with eggs, sausage and a protein waffle with butter on it.  It's not for lack of trying. I'm eating constantly.  Just ask Ben.

So, now it's Wednesday, and to be honest, I feel only slightly better than yesterday.  I'm still very tired, moving pretty slow, taking lots of breaks and just doing one small task at a time.  Instead of going for a walk, I cleaned the bathrooms and have done intermittent exercises like squats & lunges between periods of resting, just to feel like I've used my muscles.

I've been very thankful to have the ability to do nothing if that's what I need to do, a family who is very capable of taking care of all the things around the house, and no real requirement or agenda set for any of these days.  That has been an absolute HUGE blessing to me as I get used to allowing myself to just rest and eat, which seem to be my full time job lately...

I'm also trying to work out my new "look", which is definitely taking some getting used to.  Pretty sure THIS isn't quite it, but we all got a laugh out of my attempt!