So, I received some pretty upsetting news today.  I've been diagnosed with Breast Cancer.  In the middle of a coronavirus quarantine, when *everyone's life* is in a strange state, my own life has been turned completely upside down.

But let me back up to the beginning.

First, I found a lump in my left breast--I don't remember exactly when it was.  Maybe January? Maybe February?  I didn't think much about it, but made note of it.  When Ben noticed it a few days (or weeks?) later, I decided it was maybe more prominently noticeable than I thought.  So I called to see if I should have my mammogram a few weeks earlier than scheduled, just to check it out and make sure it was nothing.  I'd had a baseline mammogram at 35 years old.  But this was going to be my first one since then. Last year I wasn't quite 40 when I had my annual exam, so my doctor said it was fine to have it at my next year appointment instead. So, since I was scheduled to have one anyway in mid-April this year, I wasn't too concerned about bumping that date up a little. No big deal.  They scheduled a mammogram and ultrasound for me right away.

The mammogram went fine.  They did lots of imaging on the left side where I'd found a lump, regular imaging on the right.  Everyone said, "oh, it's moveable, so that's a good sign." and no one seemed overly concerned.  There were lots of things that it could be.

I had an ultrasound, and could see where the mass was and what it looked like.  It wasn't *totally* round, but it looked oval to me, which seemed like it could definitely be a cyst or a fibroadenoma (I'd been googling).

A few days later, I got a call that said they wanted to do some extra mammogram imaging on the RIGHT side because of some dense tissue and asymetry between my original scan and the current ones.  They also wanted to schedule a biopsy on the mass in my left breast to test it to see exactly what it was.

That had me a little concerned.  Mostly about the right breast, honestly, because it sounded like they were concerned about it if they wanted to see more imaging.

And then I remembered my dad mentioning a long time ago in passing that his mother died fairly young of breast cancer.  We don't talk about his family or childhood much, so it wasn't information that is just "known" in our family.  But breast cancer *can* be genetic (although only 5%-10% of breast cancer diagnoses are genetically based).  And, in light of that, things started feeling a little more serious at that point.  What if it *was* cancer? But still, I wasn't going to worry until there was something to worry about.  So, I went to the next mammogram for my right breast (which turned out to be fine) and then had a biopsy on the mass in my left breast. 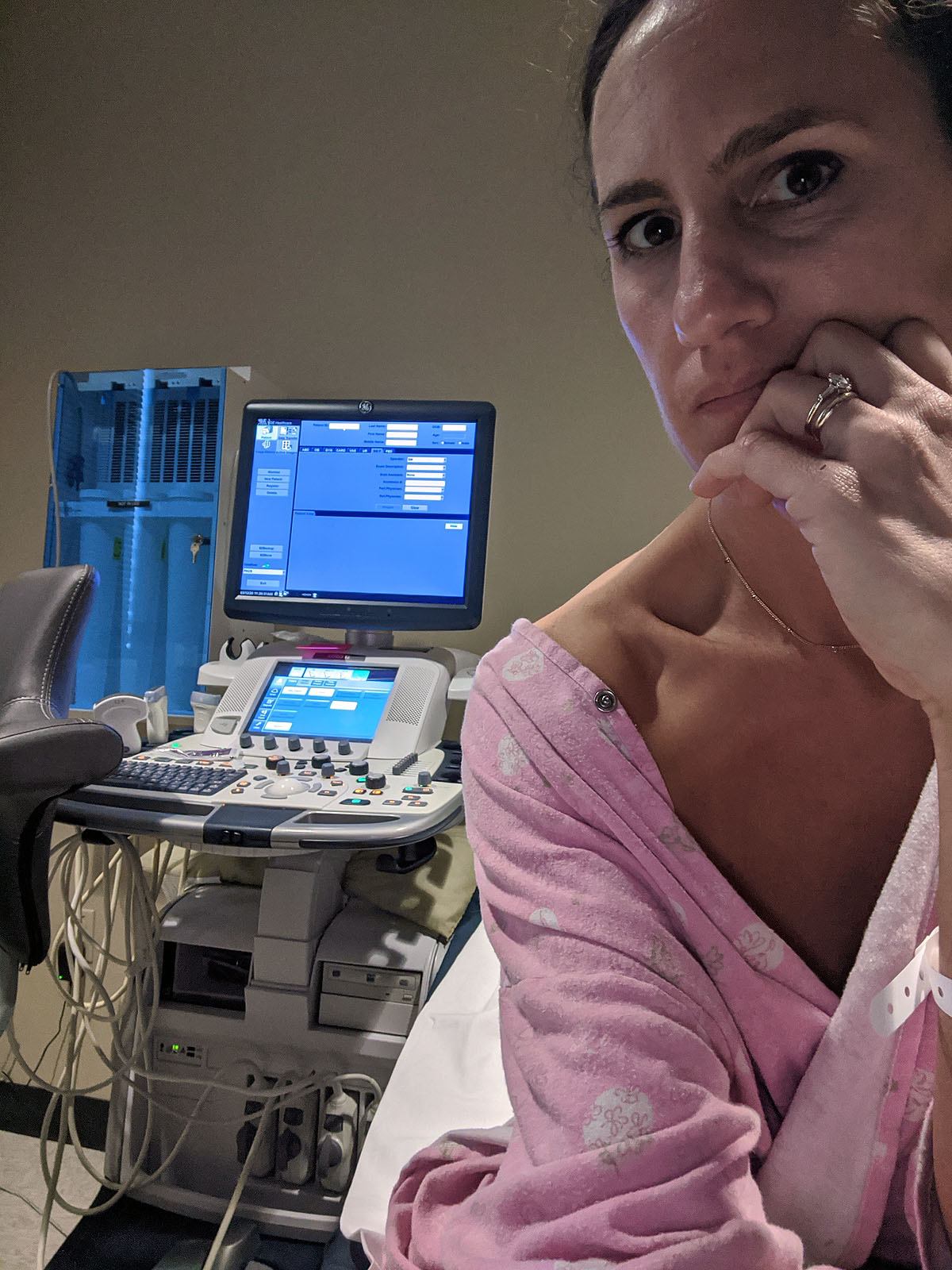 As I was watching the ultrasound and listening to the doctor and nurses talk about what they saw, it sounded like a mass that looked partially cystic and partially solid (a complex cystic mass).  No one said cancer.  No one acted concerned.  It wasn't painful, just odd and a little uncomfortable, and watching the needle jab away at me on the ultrasound certainly looked like it SHOULD hurt, but it really didn't.  They just took the samples and kindly told me to put some ice on the injection spot because it would be a little swollen and sore and I'd hear results in a few days.  They didn't seem worried or alarmed.  So, I didn't worry.

That was on Thursday, March 12th.  The next several days were a blur of coronavirus talk, school being closed for three weeks, a volleyball tournament being canceled, everyone starting to get scared about the virus and what that meant, learning about social distancing, and canceling EVERYTHING in our lives...so I put the biopsy in the back of my mind until Monday afternoon, when I still hadn't heard anything.  I called this morning (St. Patrick's Day) to see if there was any information for me, but had to leave a message. So I went back to work...

When my phone rang this afternoon and I saw it was from my doctor's office, my stomach did a little drop. I answered and Kristi (my Breast Care Navigator) told me, my biopsy results were in, and unfortunately, it was cancer.

That was NOT what I expected to hear.

I hardly remember the rest of my conversation with her and I was shaking so much I could hardly read what I had written down as she was talking.  Here's what I wrote: 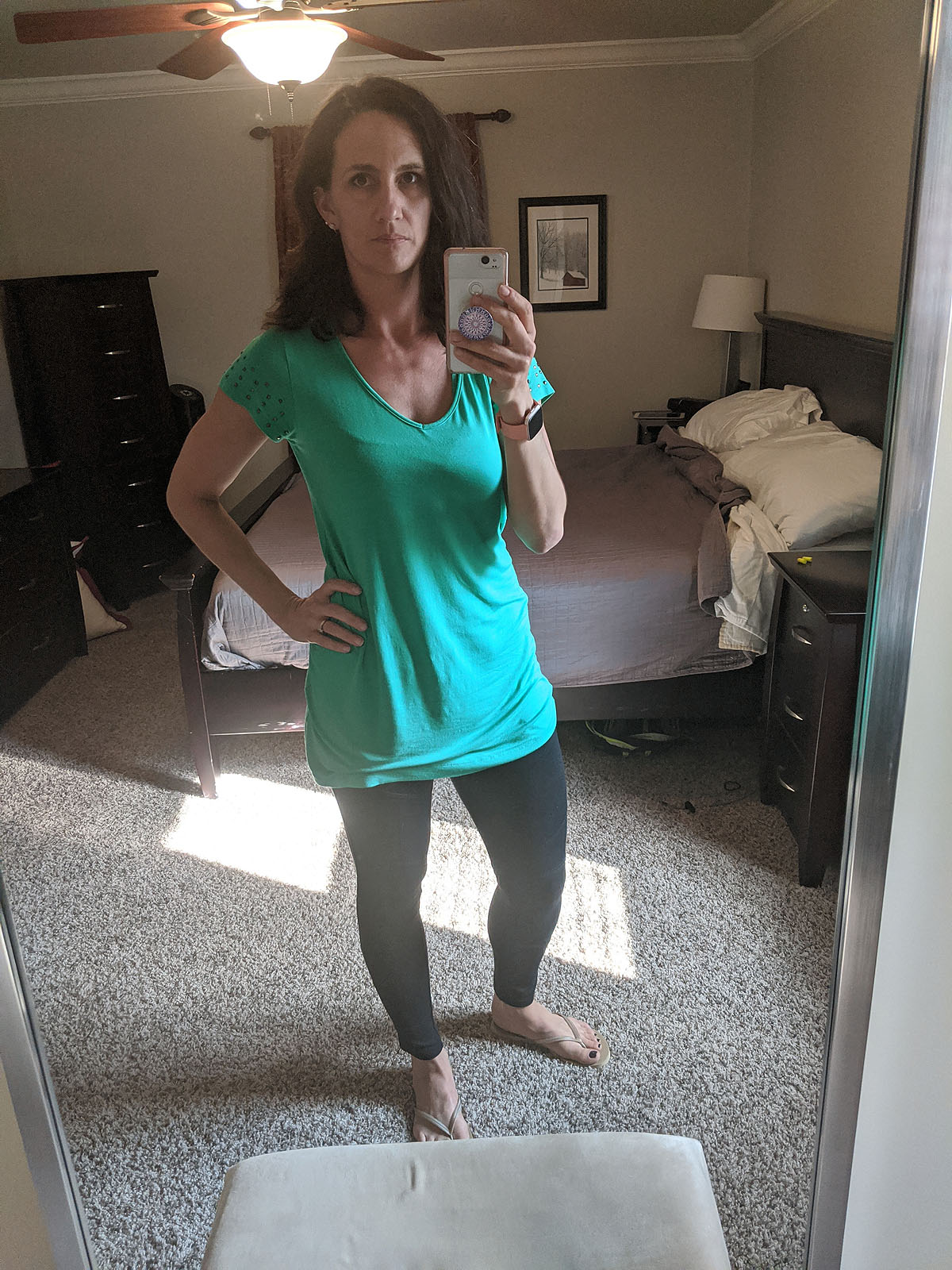 Floored. I was completely floored.  Especially because I feel healthier and stronger now physically than I have in the past three years after dealing with Graves Disease through most of 2018 and finally (mostly) healing my elbow that was injured the majority of 2019.  I was finally back to my "peak" performance self. Cancer was not on my radar.

I am so sorry to read this. I came here looking for resources on cg method and I read thi. You are brave and stoic. Heal well, friend.