I finished up this 3-6-9-12 month framed collage this afternoon, displaying Paxton's first year portraits.  Rather than matching Ayla's framed collage, I ended up going with a completely different frame style and photo opening layout.  I figure...different kid, different project.  Separate and unique, but equal.  Paxton's pictures were all horizontal anyhow, so it was kind of necessary to do something different. :)

Initially my intent for doing this was to show how much each kid changed over their first year, wearing the same white onsie with a black background (and I tried to include a prop - flower for Ayla and stuffed monkey for Paxton...but that didn't go over well after 3 months!).  It's funny how in the end, these portraits actually ended up showing how much they looked the SAME all year! Though Paxton does get a little rounder in each photo! Perhaps if I had to do it over again, I'd choose to dress them differently each time...nah, probably not.  I still think it was a good idea even if it didn't turn out quite like I planned. :)

Here's Ayla's, which I did several years ago - the openings are wallet sized w/one 5x7: 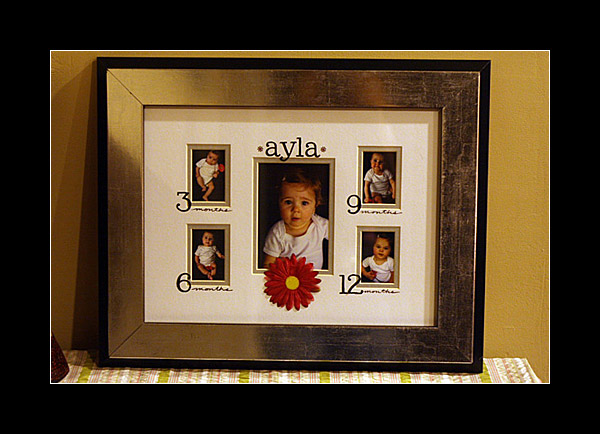 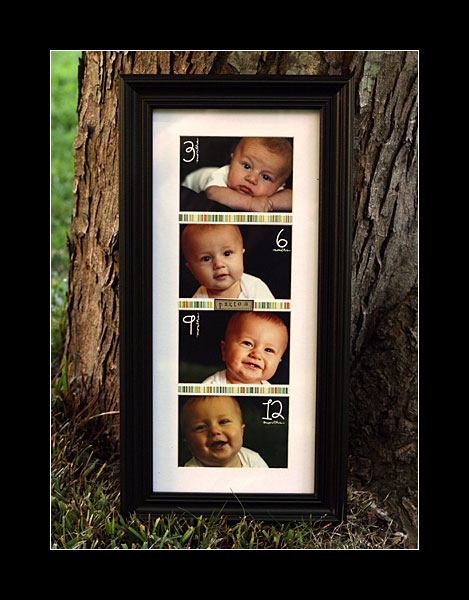 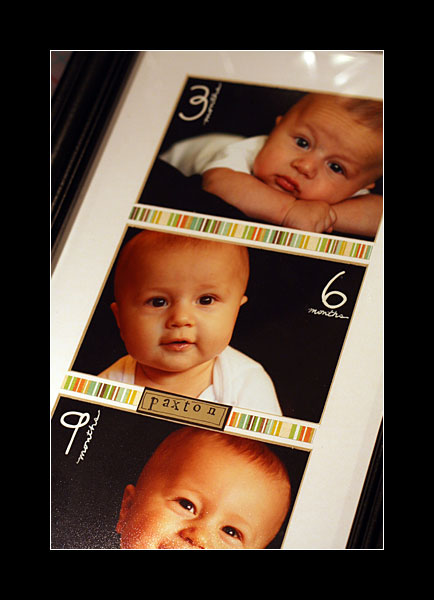 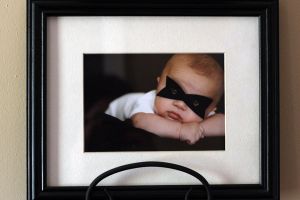 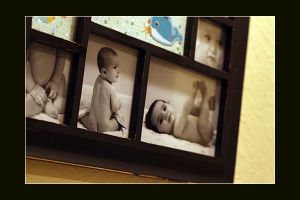 These are so cool! LOVE you blog :o) AND thought your diaper bag tag article over @ Scrapjazz was great!

I love it. They're going to love it. My kids are sad that I didn't keep up with the scrapbooking. They drool over the one book I did manage to get together, and I just don't even know where to start at this point. I like that you get you pictures off your computer and into books and onto walls. Good for you. Thanks for sharing your ideas.