Posted 21st September, 2021 in by Andrea
The short version of the past 8 weeks is that my elbow is still hurting.  While I do have good flexiblity and mobility and decent strength in that arm now, it still hurts in the same places where it did before I had the surgery--only more intensely, and it's a little tender at the outside of my elbow as well. It is slightly improved from the 6-week mark (when I was still wearing a wrist brace), but definitely NOT healed and well. Something in my body is staying inflamed and angry about being poked and scraped and cut and it JUST WON'T CALM DOWN. I'm pretty frustrated and at this point, beginning to regret the surgery, but trying to continue to be patient. 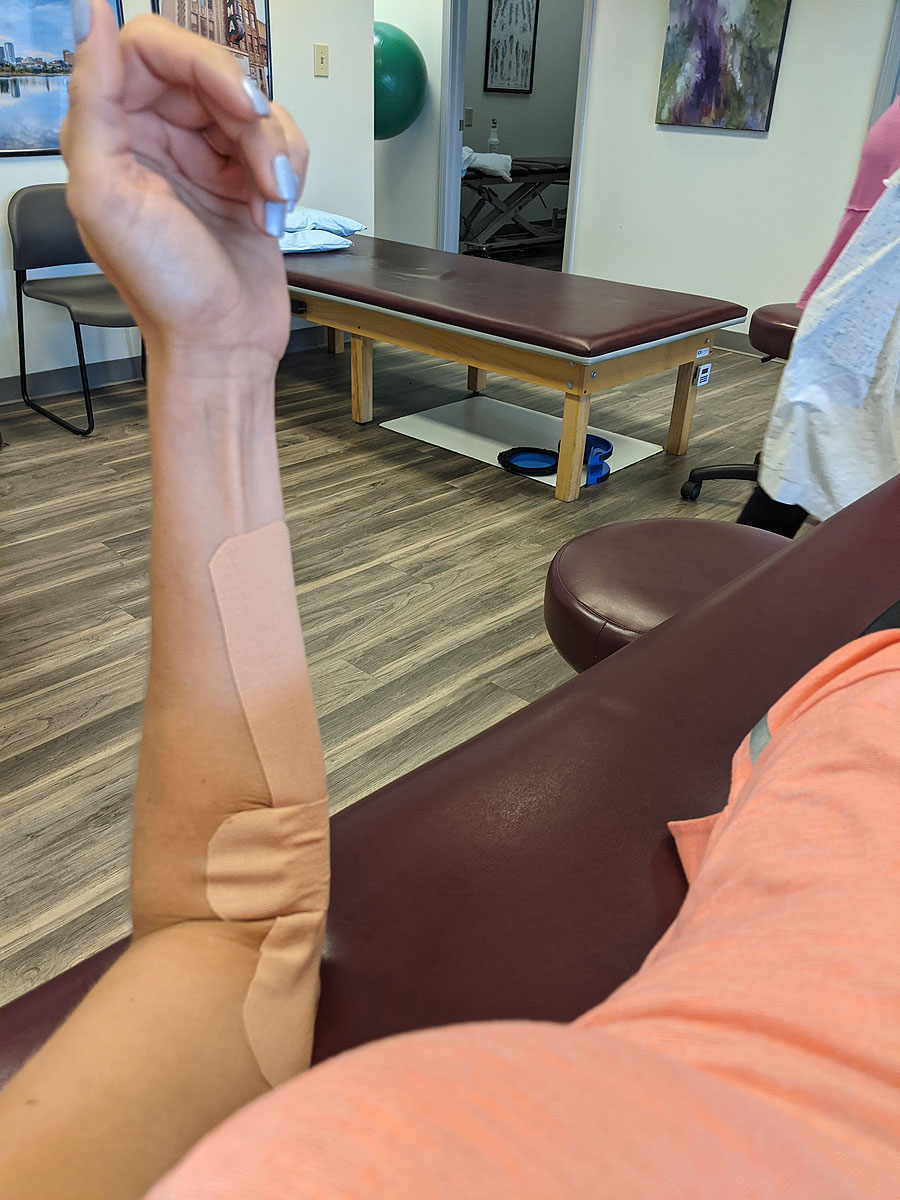 Thankfully, my energy has significantly improved since the 6-week mark, and after a few days of using Voltaren arthritis cream on my right wrist, I noticed that my entire body felt less inflamed and sore.  I'm thinking that fatigue and exhaustion was an autoimmune Graves Disease response to recovering from surgery and the Voltaren helped calm down all the inflammation I was dealing with.  Since then, I've been feeling much better on that front.
When I saw my surgeon at 12 weeks out, and told him how it had not improved, he suggested resting it again for about a month, trying to avoid activities that irritates it, and really attacking it with anti-inflammatories.  So, for the past two weeks since I saw him, I'm taking 4 naproxen a day (increased from the 1-2 I was already taking) and doing 3-4 applications of Voltaren each day. I've stopped going to PT (so I'm not doing any concentrated exercises using my arms at all) and have tried to let it rest in more of my everyday activities.  That's pretty difficult when I feel it flare up when I am washing my face, washing dishes, pouring water into the coffee pot, emptying the dishwasher, wiping down countertops, holding and turning the steering wheel, opening and closing door handles, writing, painting, typing, pushing a shopping cart, carrying anything with a straight or bent elbow, and pretty much ALL THE THINGS I do all day long. But...I'm trying to "rest" it.  No significant change so far--and my right wrist issues also continue to hurt, though it doesn't seem to be getting worse (or better).
I'll see the surgeon again in a couple of weeks. He ordered another MRI which showed that there is still some tendonitis in my elbow, which is both discouraging (because it's still there) and validating, because I'm clearly still feeling pain from something.  He suggested that a hand & wrist specialist join the appointment when I see my him next to look into nerve impingement.  He also wanted to suggest some kind of ultrasound procedure, though his assistant wasn't specific about whether that would be another cortisone shot, PRP, or perhaps Tenex -- two of which I've already done, and one of which I asked about before having surgery.  PRP & Tenex aren't covered by insurance based on what they've told me before.
It feels a lot like starting over at the beginning of this injury.  I've been through physical therapy, lots of anti-inflammatories, tape, needling, massage, a cortisone shot, PRP treatment, more physical therapy, and then surgery, more PT, more tape, more needling, more massage, more anti-inflammatories.  I'm SO TIRED of not having full use of my upper body.  But it's beginning to look like I may just have to learn to live with the pain. 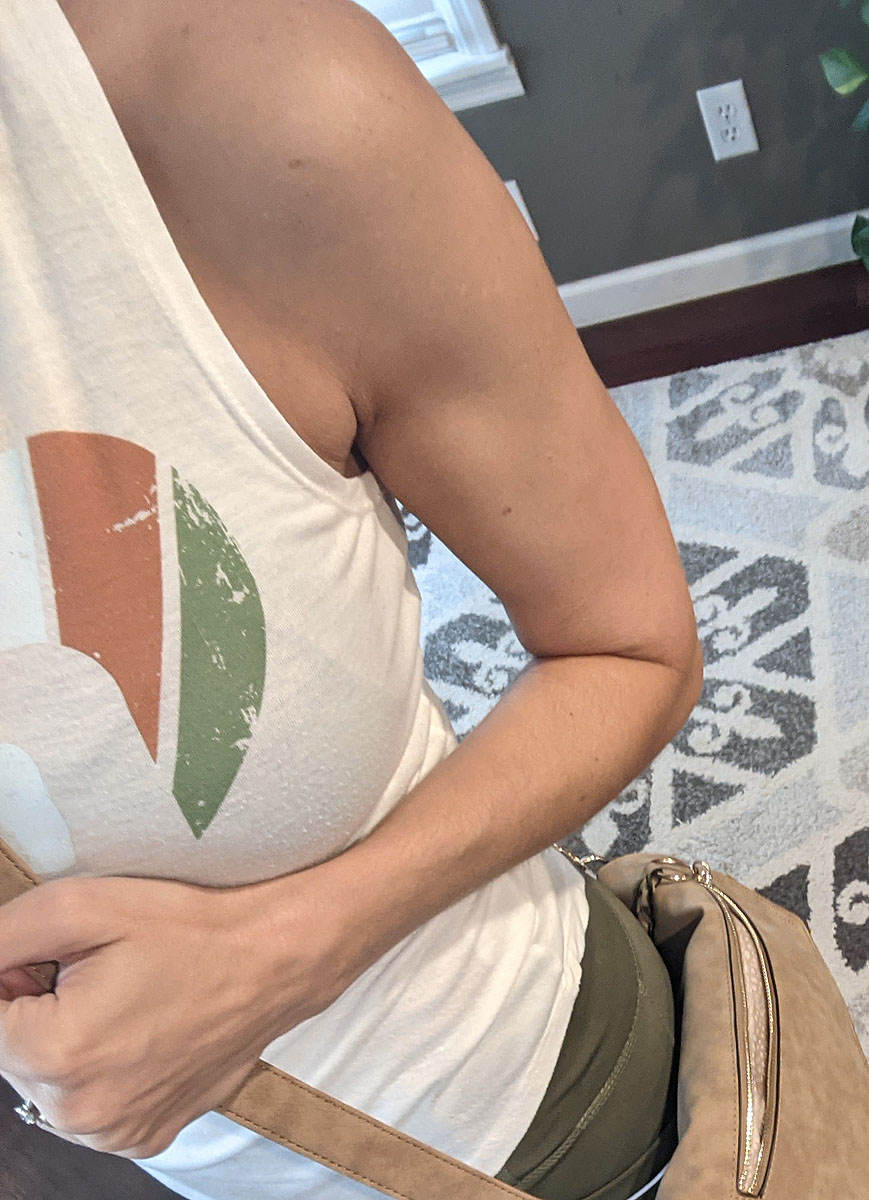 
Week 12 to Week 14 - Saw the surgeon.  Had another MRI.  Taking lots of anti-inflammatories (naproxen & voltaren).  Stopped PT and am trying to rest it as much as possible. Not much change. 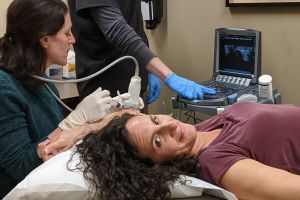