This morning was the next step in my breast reconstruction after my mastectomies -- switching from air to saline in both tissue expanders.

The surgeon initially filled each tissue expander with air during surgery to give them shape, but keeping them lightweight while the incisions healed properly and fluid drained from around the expanders.  Once the fluid had been drained sufficiently, the drains were removed (Monday) and then today (Friday), I went in to switch from air to saline.

To do that, they would deflate each side, and then inject the same amount of saline as air that was removed, which for me was 200cc on the left side and 150cc on the right.  Which is a LOT of syringes of saline. 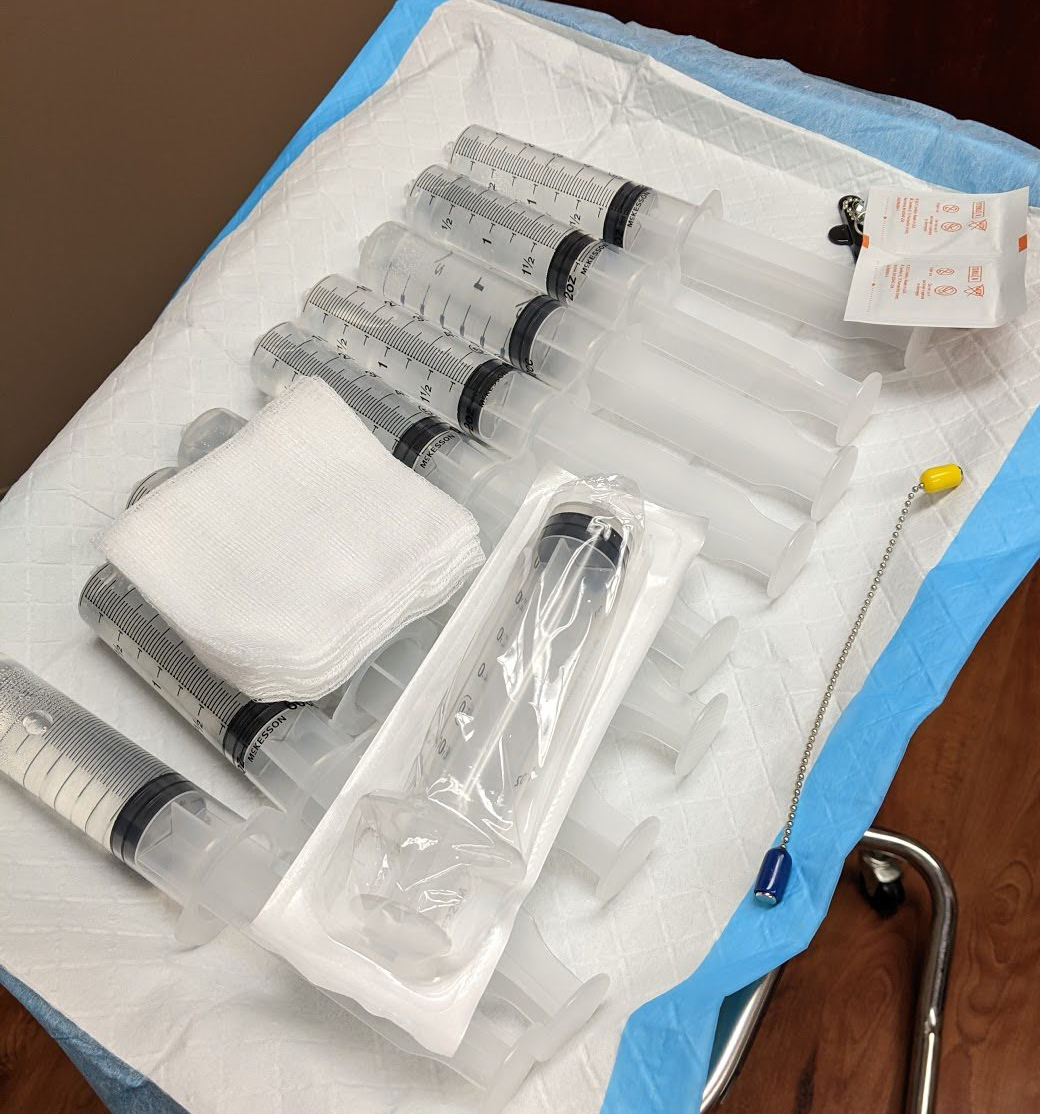 I was pretty nervous about this process. I knew after I'd done it once, I'd be ok to go back for fills on my own, but I asked Ben to come with me for this appointment.  Turns out, I needed some hand-holding.

Here's a look at the type of expanders I have and how they work:

The nurse found the port for each expander with a little magnet, and then injected a giant butterfly needle to first remove the air with an empty syringe (I peeked, deflation was WAY weird) and then to insert the saline, 50ccs at a time.  The needle hurt, but not any worse than having blood drawn, and just for a second. I couldn't really feel the deflating and saline injection at all though, so that was relieving.  I did feel a little lightheaded and my stomach flipped a little bit, but I'm sure that was from nerves.

On the left side, where I've been way more bruised and had the drain in for two weeks longer than the other one, she also used the second port on the expander (explained in the video above) to remove some extra fluid from a seroma that had collected since the drain was removed earlier this week.  That meant another big needle stick, but interestingly, that port was underneath one of the numb sections of my breast, so I didn't feel that one at all.  Watching her remove that rusty-colored fluid into the syringe was pretty gross though--but after 4 weeks of draining fluid from my drains twice a day, it didn't bother me too much to see.

When it was all said and done, the expanders felt much better and softer and more "normal" with fluid inside them instead of air.  They look a little rounder, which I imagine will continue to improve with each fill. And though I've been sore and tender throughout the day today, it was overall a pretty easy process--and more bizarre than anything else.

I'll have a couple more saline fills to get them to the right size over the next couple of weeks, but then the reconstruction process will be on hold for a few months while everything settles and continues to heal.  I won't have my exchange to implants surgery until sometime this spring (likely).

It feels good to be moving forward.